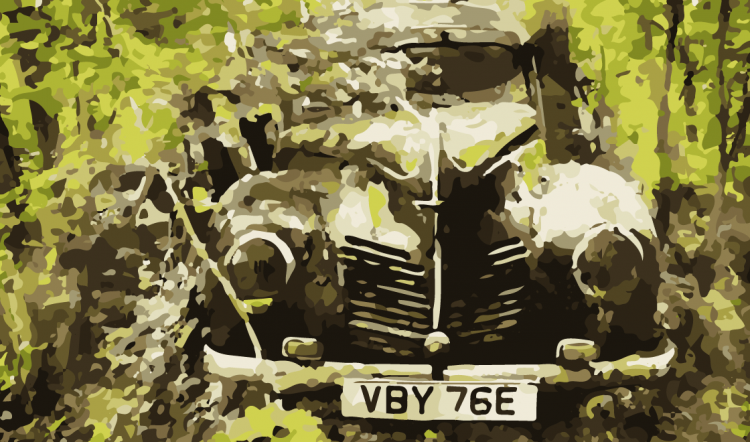 Once upon a time, we dreamt of flying cars and shiny nylon jumpsuits for all. Instead, we get the cyberpunk dystopia beyond what we could imagine. Politics blare from everywhere. Rage is the fashion. Colored hair is more common than tattoos. The counterculture, in an attempt to rebel against whatever is the offense de jour, becomes a stereotype, a culture of its own, so the cycle ever continues.

This is not a passing of judgement. This is mere observation.

Like many of you, I see it passing outside the window, out in the world, on tiny screens in brightly lit places. Facts intermingled with fantasy. A place where reality, indeed, blurs. Where is Roddenberry or Carlin when you need them?

When asked in the past why I stick to fiction, I’ve long said the real world is far scarier than anything I can imagine, and it holds as true today as it did those many years ago.

There is a place and space for political and social commentary. There is a place and space for Kung Fu theater as well. They can intermingle, certainly, but they should be approached with the subtlety and grace fitting important topics. Indeed, I’ve touched upon varying things found in humanity with regularity, but I’ve never been accused of being didactic (at least, not in my writing). Escapism and entertainment are as important as proper nutrition and exercise. Your mind needs a break every once and awhile, just as your body does.

Remember, there are lessons to be learned in the smallest of things. It’s up to us to find them.