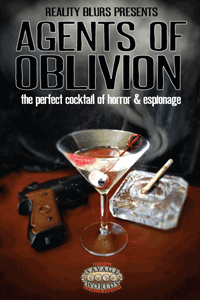 Real life events have been smashing and crashing into each other, providing little opportunity for me to truly engage with the community the way I would most like.

For quite some time, my interactions with you have been largely hit and run. An obscure message on Facebook, a handful of posts on Google+, a chance encounter on Twitter, an update on our tremulus Kickstarter. While nice and all, the time has come for me to re-emerge from the shadows and re-engage with you all.

Time marches ever onward, and I would like to make an announcement prior to the results of the ENnie awards. tremulus has been nominated for 5 ENnies and we’re proud, honored, and delighted. As I write these words, I note the ceremony is a handful of hours away, and rather than being there amongst friends, fans, and colleagues, I am in the Mad Lab working on the next thing. Something which both pleases and delights me to finally announce. Something I have quietly been working on (in those random bits of time here and there) while continuing to get new tremulus materials out the door, developing our upcoming fiction lines, and releasing new Savage Worlds settings into the wild. While I may have been largely quiet to you, I have continued to write. It is a need, a necessity, and something I imagine I would do whether eyes ever saw the words or not. And the support you have shown me and Reality Blurs over the years has been tremendous and humbling. Where I once wrote materials to be used once by my game group and then never revisited, I have been afforded the opportunity to share my visions with many people all across the world. Should I pause to reflect upon that, it would be rather scary and daunting, so here I sit, continuing to refine my craft, continuing to watch words trickle out of my fingers and out into the world, and whether we win or lose later on tonight, I want to thank each and every one of you for your support. And, yes, your criticisms. The latter drives me to reach ever inward to refine and improve the former, which gives me the energy and confidence to embrace each day before the keyboard and create.

I am presently working on Agents of Oblivion: A Storytelling Game of Horror and Espionage. This is its third incarnation, having originally been one of the winners of the True20 Setting Search and an ENnie-nominated setting for Savage Worlds. I am proud of all the work that has gone before with this setting and fully intend to bring some of the lessons learned through the development of (and reaction to) tremulus coupled with the action and excitement inherent in the sandbox setting of Agents of Oblivion.

First and foremost, this is a storytelling gameWe are striving to make it the best expression of Agents of Oblivion to date, building everything geared for you to create your agent and face the horrors awaiting you. While you trembled when facing down abominations in tremulus, in Agents of Oblivion, you are the Agent, a once normal citizen, pulled into a dark world of nightmares, conspiracies, mystical madmen, rival organizations, and alien intrigues. Your responsibility? Prevent the world from falling forever into the ever-yawning abyss.