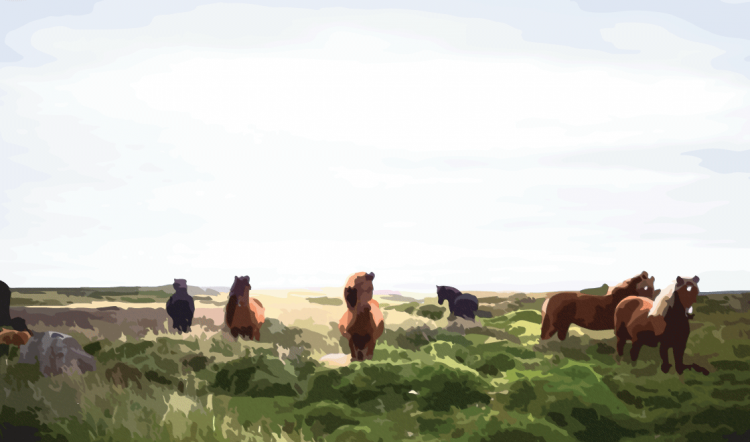 Sense and Nonsense and the Act of Creation

If you want a realistic world, you should not read, you should not watch any shows, play any video games, nor participate in any of the diversions fiction has to offer. It’s cool. Go live your life.

Truth be told, real life contains events that seem bizarre and hinky, like the time, maybe, when you dropped three nickels and they all landed on their edges or you ran into someone you haven’t seen in years at a random cafe in the middle of nowhere.  These things happen.

We expect more from our distractions.

This is not always the case. People are subjective, mercurial, and individual. The old quip, you’re unique, like everyone else, is true. Sure, commonalities exist between some people, and everyone wants to be tidied up neatly in Venn diagrams (whether they know it or not). Honestly, the people who don’t want to be in a Venn diagram just form a subgroup of all people. Sorry. There is no escape.

However, there are common experiences, touchstones, we can reference with some degree of confidence that the audience can largely get. If you want to eliminate the pesky largely that just snuck in there, it’s up to the creator to contextualize it so everyone can get.   And this gets to the crux of the matter, the necessities of craft.

Relax. If we peel back the skin and get through a few bloody layers, the bones are waiting.

For the purposes of our discussion, we’ll divide things into two broad camps: literary and fantasy. Literary is a container for things trying to be true to life via theme, mood, and so on. Think The Great Gatsby. As opposed to fantasy which contains every other thing from Conan to Cthulhu to every Space Opera or Superhero flick ever (no matter how gritty or grounded it pretends to be, it’s still a bit beyond the norm).

That last paragraph, by the way, just contextualized our discussion right up to a callback using a Venn diagram containing Literary and Fantasy. Even when there is overlap, it still falls in the fantasy camp. Like if you have a little meat in a dish, it’s no longer a vegetarian meal. Lock this concept into your brainpan as we focus on the fantasy part of the equation from here on out.

The big question is how do we contextualize stuff for fantasy?

It’s not that tough and exceedingly difficult.

I can tell you’re not all to pleased with that answer, so let’s try another.

Still not satisfied? Let’s dig a bit further into these things, starting with the latter non-answer answer.

It depends upon your audience and your choice of medium. And you have to have a target audience. And you have to have a medium. The standards are different for spoken word as opposed to cinema and so on.  Not to say all the things cannot be good, but a good rule of thumb is the bigger the thing, the greater the audience’s expectations. Each person checking out your work is, at a minimum, investing their time in it. As time is arguably the most precious of commodities, don’t waste theirs or yours. A short story is satisfying for its brevity, but the disappointment pales in comparison to reading a long work that begins with a sizzle and ends in a fizzle.

The audience is comprised of two types of folks: Scullys and Mulders or to put it in more precise terms for the three of you who have never seen The X-Files, skeptics and believers.

The believers are easy. Give them a little bit to sink their teeth into and they are with you. They are helping guide the rest of the non-believers to the truth. They are your allies.

This is not to say the skeptics aren’t your allies either. They are just a harder sell. They want you to give things logic and sense and a rational underpinning to all the things. They keep you on your toes and, frankly, keep you honest.

For the creator of a setting, a world, a scenario, there should exist a logical underpinning to all the things, whether your story is about someone going to school (Harry Potter, Clueless) or someone trying to reach a destination (Lord of the Rings, National Lampoon’s Vacation). Each world possesses its own internal logic and varying degrees of disruptive fantasy (wizardry, law, hobbits, family).

Disruptive is the key word there. It is the element or elements extending beyond reality that causes ripples across the real world of the mundane. It’s a simple matter of cause and effect after that.

If there is a wizard school, how come everyone in the world doesn’t know about it? Who governs the wizards? Or who watches the Watchmen? Or who govern the Jedi? Or why doesn’t everyone run around with lightsabers? What is the downside to being a superhero? How happy are families from the inside?

You can start anywhere. If I recall correctly, I believe Pooh says he likes to start at the beginning. Some people don’t. A word or string of words can fire up your imagination. A scene. A dream. Anything can serve as your inspiration and starting point, even if it’s not quite the beginning, it’s the germination of a thing.

Let’s say you’re coming to this cold. You know you want to write a thing but all thought has escaped your head and you’re just pleased your autonomic functions don’t require thought, so your heart still beats, your blood still pump, and your lungs do that whole respiration mambo.

Start with a basic idea.  For RunePunk, it began with magic and technology being there from the beginning and their parallel development eventually bringing them into confrontation and the resident fallout.  This began with a simple pitch of Stormbringer meets Steampunk. Over the course of development, I began with angels and demons battling over a ruined metropolis to echoes of the gothic which rang true, treating ScatterPoint, the central city, as a kind of Amber resonating out through time and space. But I digress.

My favorite example is much easier to grok. Agents of Oblivion began with a simple concept. James Bond meets Cthulhu. Friends pointed out that James Bond operated largely solo, so I quickly turned it into Mission Impossible meets Cthulhu. When we acquired a license from Chaosium to develop Realms of Cthulhu, to provide a bit of separation between the two properties, Agents of Oblivion became more versatile in its conception and that’s where it was secret agents versus the supernatural. During development, the sandbox was expanded and refined, and we proudly called it THE PERFECT COCKTAIL OF HORROR AND ESPIONAGE. It was a bit cocky, but it was complete and covered a varied number of approaches to types of spy games one might play. It satisfied Scully and Mulder, the skeptic and the believer.

Once you have this basic idea, you need to figure out what the disruption does to things. You can read up on disruptive technologies to get an idea about this sort of thing. How did trains, telephones, mobile phones, crowdsourcing, 3D printing shake things up and continues to shake things up? How does the existence of magic change everything? If not many people know about it, why? What force or faction is preventing the masses from knowing about it, let alone using it? Is it restricted to the government, like military grade weapons? Is there something natural or manmade inhibiting these powers? On and on. Each thing builds upon another thing. If there is a faction suppressing information (like Oblivion), doesn’t it make sense there is group wanting to free it and press all the buttons (like Pandora)? And groups falling somewhere in between, each having their own agenda.

World creation is an onion. It has many layers. First you need to have an onion so you can slice through its many layers and create a rich tableau that resonates with its own inherit truth and honesty and then everyone will believe.