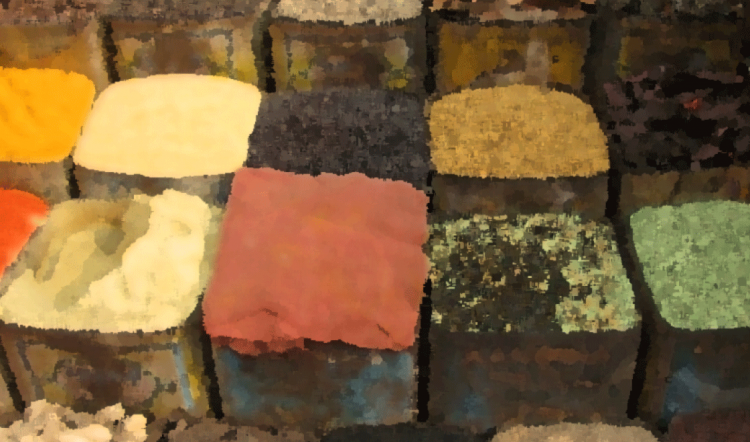 Last I checked, most folks have five senses. Some more, if you count common, or less, if you (again) count common. Some might say they even have a sixth sense. Some folks say a lot of things. Today, we’re going to talk about what you use when you’re painting a scene with words, be it for a gaming group or the quantum state of computer pages.

I talk a lot about the weight of words, the gravity of a phrase, the way words can grab your attention, capture your imagination, and blur your perceptions. The straightest path to get your audience’s attention might sound strange coming from me, but it is starting with a touch of the mundane: present the normal, present a framework with the familiar, and pepper it with bits and snippets of elements your audience can relate to. We all have experienced the weather. Suggest a hot day. Ask them what they hate about the heat? Incorporate a few chosen elements.

Let’s start with a basic scene and add to it. Let’s say we’re in the lower depths of RustWater, one of the districts in ScatterPoint. Our jobbers push through the crowd into the less congested market.

We could describe it as the market stalls are full-to-brimming as people mill about, pausing to see what to spend their few royals on for the day, food or drink.

Basic enough. Descriptive enough. When was enough ever really enough?

Add in the heat we talked about.

This particular bit of the market square is less congested than the rest, a mixed blessing at best. The nearby factory vents its steam into this edge of the street, making the stalls cheap enough for the vendors, and encouraging those with little to spend to endure the humid air and the endless layers of steam pushing down upon them.

Tell them how the folks go about their business in the sweltering heat, some stopping to daub their foreheads with crusty rags and oily bits of tattered cloth, others muttering. Others nearly nude go unnoticed as they beg upon the corners, their bodies hidden by muck and steam and shadow with empty hollows for eyes and no shame in their hearts.

The faint scent of vanilla lurks in some shadowy moving center of the market. A milling caravan of outlanders who have trekked from the battered badlands have brought stormtorn spices and branches of runegrass to trade. Two worn overwrought bear the burden of the packs, directed by a wiry Ferren barking orders while their mistress, tan and tall, a touch demonic, stands apart from the others, seemingly immune to the heat, a chilling smile upon her lips awaiting the stall to be assembled so they can sell their wares.

We all use sight in our descriptions. It’s the most common and arguably the most important whilst simultaneously being the most basic answer to the most common question in gaming. What do I see? Don’t forget the other senses. Sound is equally important in horror (as is smell). Touch can be important in any. Taste is common in fantasy (or used to be) when one takes a sip of strange ichors, oddments, unguents, and potions. Engage with all senses regularly and your audience will engage with you. Jot down a list of adjectives for all occasions until it becomes second nature for you. Like any of the other suggestions, you need not smother folks with sensory overload. Use with restraint and you’ll find they are powerful tools at your command.