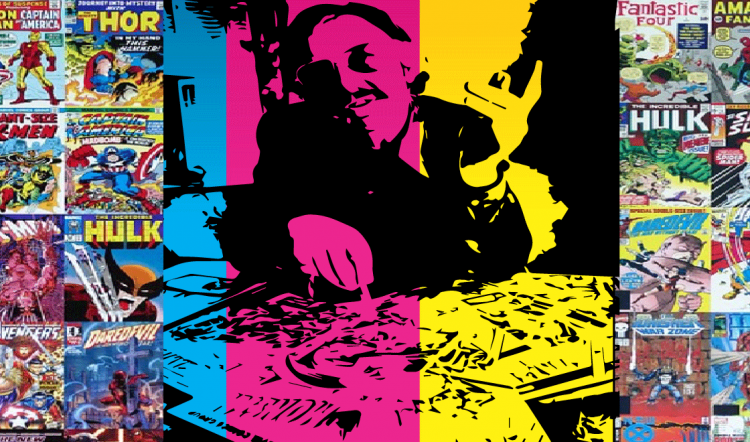 The Wisdom of Stan Lee

While many of us know Stan Lee through his work with Marvel as its editor-in-chief and (co-) creator of some truly epic characters, he’s likely most widely known for his contribution to the very construction of a hero.  He placed the humanity of a hero first and foremost and then placed it at odds with said hero’s alter-ego. Drama easily ensued thereafter (such as with the collision Peter Parker’s teen angst with the amazing aspects of his Spider-Man persona). Said template is still largely followed by many in his footsteps since, be they Joss Whedon with Buffy the Vampire Slayer or nearly every modern comic book tv show in recent memory. Yup, Greg Berlanti, a talented guy in his own right–who brought DC comics (mostly) successfully to the small screen owes some of his success to the trailblazer that was Stan Lee.

Yet, a lot of people overlook what made Stan the Man.

It wasn’t just his affability, his everyman attitude, or his passion and compassion for publishing and his audience. It was his reliability. His wisdom mistaken for common sense. His ability to distill ideas down to such a form and function that it seemed natural and obvious. He truly loved comics and his job to such a degree that he actively promoted the industry whenever and wherever he could and became a celebrity in his own right simply through the acts of promotion. His sincerity always shone through. His use of nickel words when some folks might instead use five dollar ones. Again, humanity was key.

Most of all, I remember his mantra which sticks with me to this day when I think of Stan the Man (besides his side-burns in the Seventies and his Burt Reynold’s sense of style) and it is summed up in a few words:

Remember what I said about obvious? Sure. That’s simple enough to wrap your head around, like every beer is somebody’s first beer, and so on, but let’s break down what Stan meant. Essentially, he’s telling us that should someone pick up issue 44 or 155, they should not fear a barrier to entry. They should be easily introduced to the series. There should be a recap. There should be something that immediately draws the audience in and let’s them empathize with the protagonist. Often, it’s an in-between scene where the hero swiftly recounts the details of whatever is/was happening to them in the events leading up to this moment and connects the dots somewhat.  A kind of prologue. Some shows do this as well (with varying degrees of success). This is simply a modern interpretation of the chorus found in Greek drama that served to contextualize events going on (and were subsequently replaced by special effects. voiceover, and what not). If actors stood swaying on stage, a collective off to one side might say, “We find husband and wife arguing aboard the deck of the ship about the storms on the horizon as the winds swell.” When you hear the term set the stage, it finds its roots back in this stuff. Whether through a classical education or gut instinct, Stan Lee wanted to make stuff as approachable as he could and that’s why I always preferred Marvel over DC (with some small exceptions here and there). You could feel the humanity and jump in wherever. DC comics always felt a bit more detached and had a sense of self-importance to them reminiscent of a newly pressed shirt versus Marvel’s more crumpled look.

In my own writing, my own works, I strive to make them personal, human, relatable, and accessible. That’s why I contextualize them a touch with prologue and/or an introduction (generally both). When I first was considering doing them, one of my (close) friends was dead set against them. He found them irrelevant and self-indulgent. I concurred that they could be. Anything, I suppose, can overstay its welcome and I told him I found some prologues, to indeed, be of little use. I could, however, skip over that section, should I so desire, and revisit it again at any time. If they’re not there, you can’t. Your choice is gone. The best prologues are of the proper length and form: concise, clear, and contextual. The introduction, on the other hand, I find of great importance. It lets me set the stage. It lets me present the work with its design goals: tone, timbre, and intent and provide consent. Consent? I hear you ask. Being a long time gamer, I know there are people who are literalists — the word is law — and some who use the rules as guidelines. Who is right? Who is wrong? Both can be seen to make sense. My consent typically consists of permission (in essence, a conceit quite nearly a rule) where interpretation is acceptable within set-forth parameters and those accepted (if not agreed) to by all participants with the maxim of fun (generally) superseding all.

Certainly, fun is subjective given a particular topic and its tropes. What constitutes fun for fans of Lovecraftian fare likely is far afield from those who walk the steamladen streets of ScatterPoint or those agents who regularly face down doom.

design style Under the Influence