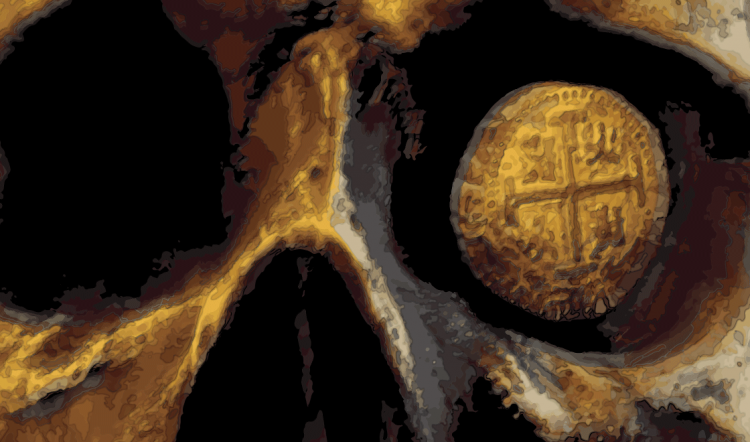 A World of Swashbuckling Horror

While Karthador is a world of swashbuckling science-fiction, and not specifically one of horror, it has a number of elements you can use to insert horror into your game. Whether you want to run a single horror-themed adventure, or a whole campaign dedicated to the most terrifying aspects of the setting, Karthador has what you need.

One of the most obviously horrific aspects of Karthador is the plague of war-mutants. These savage beasts have infested the eastern edge of the continent, where they were seeded by invaders a century ago, and are slowly making their way westward. They exist only to hunt, kill, and devour. They possess an alien intelligence humans can’t understand, and a cunning humans don’t expect.

Mutants can take on virtually any form. As such, they make the perfect boogeyman for whatever terrifying scenario you dream up. If you want the shadowy stalker that snatches away innocents in the middle of the night, the giant beast that lurks in the forbidden forest, or some other monstrous archetype, the mutant is the beast for the job. They play the role of the wolfman, the xenomorph, the inhuman serial killer. They live for the kill, and put up a terrible fight if caught.

While psionic powers are not uncommon in Karthador, they are rare enough that those who exhibit them are often feared and mistrusted—and with good reason. After all, these people look like the rest of us, but have powers we can’t even comprehend. With their abilities to create illusions, control minds, and more, they can make us question our senses or even our own sanity!

Evil psionicists aren’t monsters in the same sense that war-mutants are. And while they lack those beasts’ inherent physical prowess, they make up for it with human intellect. They don’t just frighten people as a byproduct of their actions, but set out to scare their victims on purpose. Either psionically or psychologically, they feed on this fear. A psionicist horror antagonist embraces his or her role as the villain, and isn’t above tormenting characters just for the sick thrill of doing so. In a horror adventure, psionicists play the role of the smiling serial killer, the charismatic cult leader, the friendly neighbor with a picket fence and six kids chained up in his basement.

The mad scientists of Karthador, specifically those with the Weird Science Edge, often have a hard time fitting in with “normal” people. Those who congregate with others of their kind in the Machinist Order can keep their stranger impulses in check, but those who seek solitude may gravitate towards the types of unsavory, dangerous experiments that lead to horror adventures.

Except for those driven by revenge, mad scientist villains don’t typically seek to harm others; terror and bloodshed are just acceptable side effects of their current projects. But if self-styled heroes set out to stop a mad scientist’s schemes, that scientist will stop at nothing to eliminate the threat. In such scenarios, mad scientists play the role of the reclusive monster-maker, the megalomaniac with a god complex, or the genius who is always three steps ahead of the characters.

There are two main types of artifacts in Karthador. The most common are the elder machines, abandoned here by the mysterious Ancients millennia ago. The others are the relics left behind by the invaders in the black ships. Both types are highly sought-after by scientists and scholars. And both can be sources of whatever frightful scenarios you may desire.

Artifacts are the ultimate plot devices. As GM, you can use them to do literally anything. They can turn murderous thoughts into men, turn men into monsters, or turn monsters invisible and unkillable. They can summon fearsome creatures, or corrupt those around them into vessels of evil. It’s possible that those being affected by the artifacts don’t even know it.

Regardless of what element lies at the heart of your Karthador horror adventure, it’s best to keep it hidden at first. Let the players see the effects of the evil, and only discover its true cause through investigation and facing the terrors of the unknown. The more they know about what they’re up against, the less frightening it is. The longer you can keep them in the dark, the better.

Karthador isn’t always a world of horror—which means that when horror rears its head, it’s that much more frightening for your players.