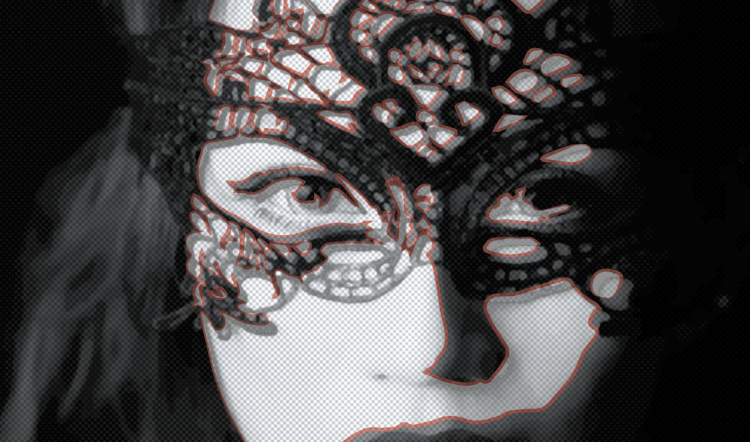 Ravaged Earth harkens back to the heroic movie serials and pulp adventures of yesteryear. Its inspirations, firmly rooted in such timeless figures as Doc Savage, The Shadow, and The Spider, also combine fantastic science fiction of H.G. Wells and Hugo Gernsback.

In addition to the hero and crime-busting pulps of the 1930s, horror pulps were common: Weird Tales, Strange Tales and Terror Tales served up creepy villains and supernatural thrills.

But horror in a pulp game? How can you pull that off?

As it turns out, pretty easily.

I wrote a classic haunted house adventure for Ravaged Earth published in the October 2005 issue of Shark Bytes Nibbles called The Haunted Manor. In that adventure, the heroes must find hidden treasure in old Chillington Manor, dodging ghosts and surviving pitfalls. By wrapping horror elements around a treasure hunt, I was able to create a scary adventure.

Ravaged Earth is best suited for cinematic horror, where heroes battle a supernatural menace, a maniacal ax-wielding villain, or cultists hell-bent on using black magic to tilt the balance of power.

Incorporating horror elements into your high-powered pulp game is possible. Ravaged Earth is filled with bizarre cults, strange technology and supernatural creatures, giving your heroes plenty of obstacles and enemies.

Here’s how to weave your own terrifying, pulpy adventures:

The heroes hear unbelievable accounts of paranormal or supernatural activity and must investigate. Whether it’s a haunted house; sightings of ghosts, demons or other cryptids; or cultists dabbling in the dark arts, your heroes will be thrust headlong into the mystery. You don’t have to be a gumshoe detective or occultist to conduct such an investigation. Masked avengers, inventors or even all-American athletes can explore the unknown, and usually confront a villain or monster worth battling.

That maniacal ax-wielding villain I mentioned earlier? He’s real and has friends. Movies such as Halloween and Friday the 13th are popular because of their villains. These seemingly unstoppable killing machines have slaughtered their way into our hearts, and brought adoration and buckets of blood with them. Facing off against a masked fiend murderer can be both satisfying and terrifying. In the 1930s world of Ravaged Earth, such monsters were real, possessed by dark magic or corrupted by Aetherium’s allure. Your homicidal villain should be unique in both appearance and attitude. Think Leatherface from The Texas Chainsaw Massacre but a 1930s version, perhaps with a dapper killer in a tuxedo and grotesque mask.

Mad scientists are a classic horror trope, going back to Mary Shelley’s Frankenstein. Think of the technological advances from Aetherium in Ravaged Earth, and couple them with a degenerate mad scientist. What technological horrors can he unleash upon an unsuspecting world? Is he harvesting people for their body parts, building a giant robot, or using Aetherium to concoct a gas causing insanity? Maybe the mad scientist wants to open a doorway between this world and Hell, or resurrect the dead for his own zombie army. What will your heroes find in the laboratory, or will the heroes become the guinea pigs for an even more sinister experiment?

Robed and cowled cultists stalk the moors at night, or meet in underground chambers or deep in the forest. Ravaged Earth has no shortage of secret societies filled with maniacal cultists. Aleister Crowley’s Golden Dawn Society, the Cult of Anubis, and the Nazi-based Thule Society use black magic to further their goals. Running afoul of their machinations can be one way of introducing your players to a pulp horror game. What could begin as a benign investigation into cult activities takes a sinister turn, as the cult prepares to cast darker magic, perhaps raise a powerful entity from beyond this world.

Which leads us to…What About Cthulhu?

While you might want to bring H.P. Lovecraft’s Mythos into your game, with Ravaged heroes taking on Cthulhu, such a scenario might be a little unbalanced for the players. The Great Old Ones by their nature were unstoppable. Horror in Lovecraftian games skews in favor of the bad guys, while the heroes either die or are driven mad by what they encounter. The idea of heroes desperately clinging to life while sliding down a slippery slope to insanity feels jarring in an action-oriented pulp game.

I guess such a feat can be done, but since Cthulhu, Dagon, Yog-Sothoth and other Lovecraftian entities had power beyond man’s understanding, they’re only encountered after the heroes discover forbidden knowledge such as a cult’s activities, or unearth a blasphemous relic or grimoire such as The Necronomicon.

In other words, Cthulhu shouldn’t be the Monster of the Week. He should be the mind-shattering horror from beyond the stars, capable of crushing your entire party or sending them on a one-way trip to the nearest asylum. But if you want the Tentacled One to make an appearance in your Ravaged Earth game, go for it. Just be prepared for a Total Party Kill or a lot of madness.

The most-memorable horror tales stick with us long after we hear them. Remember a scary story or movie that kept you up at night, when you obsessed over the protagonist’s doomed fate? Creepshow and Tales from the Crypt presented unforgettable horror stories where everyday people met their demise via supernatural threats.

Though Ravaged Earth is a pulp setting, not everything should end wrapped in a tidy bow.  Perhaps, during their brush with the occult, they’re cursed. Perhaps a creature from their nightmares stalks them. The possibilities are endless and could lead to other adventures on a grander scale.