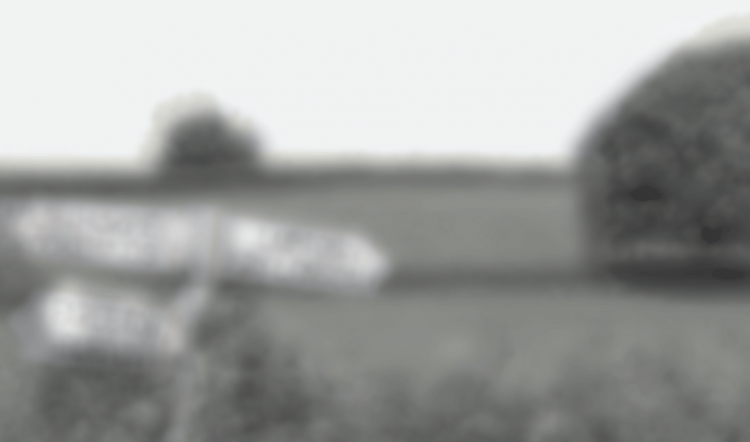 A Signpost Up Ahead

When playing or running a horror game, there are three signs I look for to indicate it’s a good horror experience: atmosphere, stakes, and pacing.

My favorite horror games have an atmosphere of surreal suspense. Even when nothing obviously dangerous, evil, or grotesque is happening, you still get the feeling that something’s just wrong with the world, and that there are malevolent forces at work just out of sight. For example:

The Ominous Mundane: Something that’s totally normal takes on a sinister aspect. Maybe you see the same lost pet poster on every street corner you pass, then again on the office bulletin board. Your phone rings, but there’s nothing but a crackling radio announcer on the other end. Or the dishwasher sounds exactly like a human groaning as it goes into the “deep spray” cycle. If you were to tell others about these things, no one would bat an eye. “Someone really loves their missing cat,” or “Guess it’s a wrong number.” Because these incident are easily dismissed, you’re reluctant to mention them, which leads to isolation and paranoia.

Too Much Knowledge: Someone knows what you know, and wants you to know it. This could be a taunting “I know what you did last summer” type of deal. Maybe it’s something more supernatural, like dolls whispering your secrets to each other, or books rearranging their contents to spell out your name and a very specific warning. Knowledge is power. And when some unknown entity has your knowledge, it has power over you, and that’s unnerving.

Just Weird: The world around you is just plain weird. The person you’re speaking with starts talking gibberish. At first glance, that kissing couple over there is physically joined at the mouth. Objects move when you turn your back. The radio plays nothing but the same morbid ballad from 1928 on every station. None of these things are inherently dangerous, but they’re unsettling, especially when combined with…

Unreliable Reality: What you experience may or may not be real. The strange vision you saw a moment ago is gone. The weird thing is back to normal. Or the freakish occurrence that’s happening right now is unnoticed by everyone else around you. Is it all in your mind? Are you actually insane? Is something trying to drive you insane? Again, this sort of thing isolates you, which ramps up the horror potential.

All good stories need to have stakes high enough to make you care about how they turn out. Horror stories (and by extension, horror games) are no exception. Whether it’s saving the world from the Old Ones (at least for a little while), finding your missing daughter, or discovering the truth about the sickly yellow birthmark on your arm, the stakes have to be high enough for you to justify going through the horrors you experience.

Without sufficiently high stakes, the game can fall apart as the players realize that the horrors simply aren’t worth it. (“Yes, I’m curious about the book Old Man Jenkins bequeathed me, but I refuse to navigate the Labyrinth of Festering Flesh or face the eyeless maggot hounds to find out more about it.”)

Pacing is tricky. On the one hand, wave after wave of horrific monsters, atrocities, and mind-blowing revelations about the nature of reality tend to lose the power to scare a person after the first few. Too much of a terrifying thing isn’t scary; it’s absurd, or even funny. On the other hand, long periods of nothing but atmosphere, investigation, and exposition can get to be a bit much. Too much set up without a payoff is boring. As a player, you don’t want to be looking at your watch and saying, “And then…?”

In a tabletop RPG, the GM can adjust the pacing based on what he’s seeing around the table. If the players are starting to lose interest in gathering clues, you can hit them with a jump-scare. Likewise, if they’re feeling overwhelmed by the monsters they’ve been facing, lay off the beasties for a bit and let them catch their breath. It’s more art than science, but it’s a part of good game mastering and comes with practice.

In board games and video games, it’s harder to tweak the pacing on the fly, but a good design (with plenty of playtesting) can simulate the ebb and flow of a good horror story. For example, I felt the original Silent Hill video game did a great job alternating between stretches of creepy dread and sudden, horrific violence. Cooperative board games like Arkham Horror use card decks and score tracks to ramp up the tension over time.

There is more to a good horror game than just atmosphere, stakes, and pacing. But if you can nail those three things, you’re well on your way to a game guaranteed to scare your players.