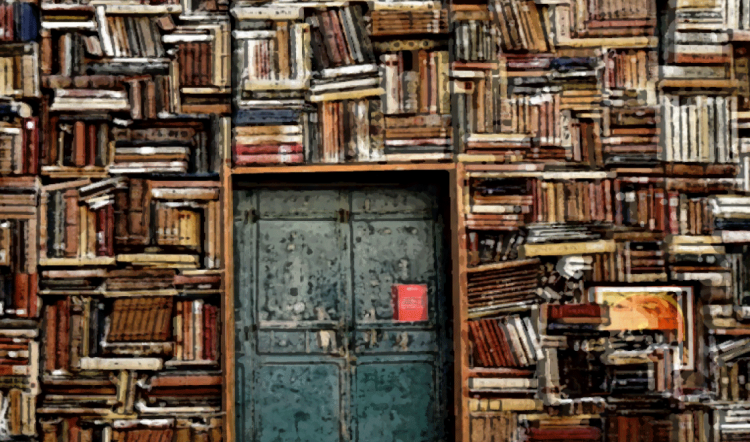 An Argument for Books: Mind Control in the Digital Age

There is a permanence found in books severely lacking in an ever increasing shift to a paperless society, a society built upon pixels and perception. One where an improperly placed keystroke or word or gesture can alter reality in the real world. Facts and fiction blend together and are angrily exclaimed from every ephemeral media with retractions whispered in dark recesses as atonement for an influx of earned clicks.

The promises of patches and refinements found in video games altered the video game industry. Day One Patches often alter the ebb and flow of a game (as well as conceal its associated monetization) and serve to allow the angry voices of the game reviewer to compartmentalize the commerce a bit behind a willful ignorance with the ritualistic words that micro-transactions were not in the game at the time of review. Biases show in which side of the line is crossed in any given review. Does a reviewer look at the game pre or post? I’d liken this approach to a critic listening to a studio recording as opposed to a live performance. The song remains the same, but it is often transformed in its delivery.

The digital age provides opportunity for people to create more than ever. The lack of barrier to entry, however, means a broader bell-curve of quality found within the endless creation of content.  There are more words than can be read. There are more games that can be played. There are more shows that can be watched. Unless a CRISPR code is created (and disseminated) to the masses, even if all production of diversion media, entertainment media, ceases this very moment, there is more than enough to last you your regularly scheduled lifetime.

People like to point this out like this is a new thing. There have been more books before we were born and more songs and more movies and more games than most of us could possibly ever play. That’s like stating there is more food than you can ever try and more places you can ever go. This is delightful and inspiring and a testimony to human creativity and an intriguing observation into the ennui of an age. Few things survive beyond a generation without alteration. As you progress along a linear timeline, you’ll find it interesting to see patterns and inspirations and see the suggestion of cyclical natures as fashion and music and words and outrages repeat themselves in slight variations.

The song remains the same.

Humans are born to create as much as we are to destroy. Sometimes, the act is simultaneous. One may embrace the ego at the cost of an icon and transform a franchise (for better or worse). One may put forth an agenda at the cost of entertainment, which makes one wonder why entertainment was used to mainline a message to the masses. Certainly, there are better ways.

The concern with words is a concern that a digital history of humanity can be transformed or erased with the flick of a switch, with a line of code. Companies blame algorithms for mistakes as though algorithms have a mind of their own. They don’t (quite) yet. People write the code while machines still learn to walk. While quantum computers threaten to shake the fundamentals of all from the shadows and are considered curious things by those that even know they exist.

The code remains the same. For now.

Books may have errors, but they rarely lie. The printed word may be untrue or profess a message that is wrong, but it is permanent. It cannot be altered. It allows a base of debate. It can be refuted or elevated. The message can transcend the written word. The physical media can be burned, a violent act which can be called out, which can be condemned. Those who erase pixels have no such accountability.

I am no Luddite.

There is much to be said for the digital medium. I can only pause and wonder and let my imagination wander to ages that never were and wonder if we stand upon the shoulders of giants whose words were carried along a medium we cannot conceive and we drown amidst mirror matter when we might, instead, soar into the stars.