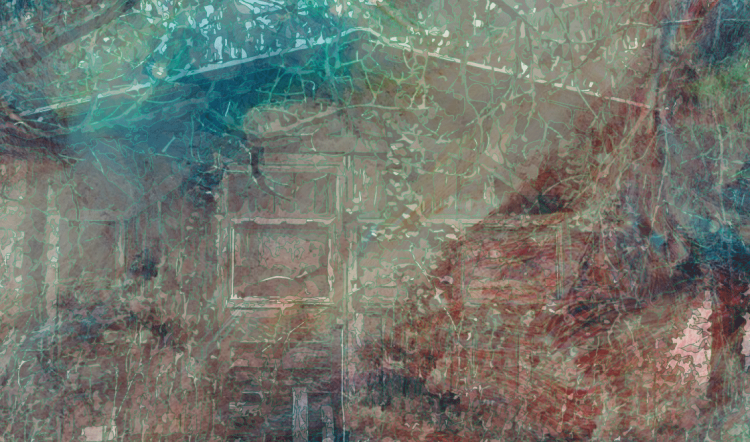 Shack in the Woods

Once upon a time, people lived their own lives, did their own things, and the world wobbled around on its axis.

I’ve posited that I’ve been writing and mulling and reading and absorbing things.

I communicated little (though I did poke around here and there into various interesting bits of data floating in the binary sea).

I consume a lot of weirdness on a regular basis. It is fuel for the imagination. It helps the speculation engine go. Some of the weirdness is disappearing and being buried and hidden away. That, in and of itself, is weird.

I’ve laughingly said to just believe everything which is a paradoxical impossibility. You can’t. No one can. (At least, no one I’ve ever met.)

We all live in shacks of our own design. Whether we protect them with locks or lip service or wishes or walls or whatever, doesn’t matter. Some temples are shacks. Some shacks are temples.

I’ve seen facades that look generic and broken down with windows like prison cells (barred and uninviting) and gone through a thick door into rooms rich and sumptuous with glittering gold statuary and lavish rugs from faraway places. I’ve driven up driveways with fine stonework before houses with marble columns to enter a modern work of misdirection where the craftsmanship was poor and the inhabitants could afford little furnishings (but how fine do things look from the outside?)

Within my temple shack, I have written on many things you may have thought forgotten. I assure you, I have not. I can still string one word after the other and seek merely to whet your appetite, to regale you with my suggestions and allusions, to let you know colors out of space are not out of mind and things that man was not meant to know, I still remember. While this might indicate a look to the blazing sands of ancient lands, one might be wiser to look westward and wait.

Until, next time, I bid you, dear reader, adieu.