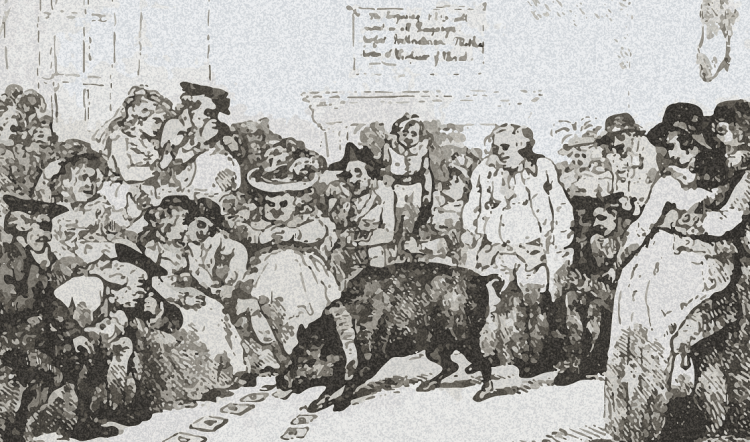 
Adventure design can be tricky and we all have our tricks. From the outside, it often appears as magic and there is a secret cabal sharing secret handshakes, confident nods, and wicked whispers whilst comparing notes. Today, we delve into creating something short and sweet, a designer’s equivalent of a card trick meant to entertain, amuse, and easy enough to master.

You’re given a few hours or days to cobble together an adventure. It’s either your turn to run a game or you volunteered to run a game and other life demands got in the way and you do not wish to disappoint. You don’t want to be “that gamer” who lames out at the last minute. You’ve got your reputation to preserve after all. Alternately, you’ve been running a campaign for a long time and there is a lull and you can’t come up with something good enough to top last week’s session. Let me put your mind at ease. You aren’t alone. Everyone wants to have a good time. And peak after peak can get tiring. No one wants to climb a mountain every time. Valleys are okay too. With that out of the way, let’s get down to it.

Warning: This example is going to be as generic as possible. When I introduce any particular tropes, substitute them with whatever you find appropriate for your flavor of the day.  There are some universals found throughout. A good story is a good story.

Let’s begin with a couple of don’ts before we move on to the do’s. Keep these tucked away in your back pocket.

Don’t let your plot get in the way of a good story.
You may want things to turn out a certain way so much that you ignore results, player actions, and what’s staring you in the face to make things happen in your vision of events. That is not creating a shared experience any more than smashing a rock is sculpting.

Don’t know the ending in advance.
Let events play out as they play out. See where the players’ choices take the story. A concept coming from improv which has been introduced into game manuals is saying “yes, but…”. This is something many great game masters have been doing for years. If you haven’t considered this or haven’t done this in a long time, give it a go.

Start with a simple goal.
What do the characters need to accomplish? Get a healing potion for a fallen comrade? Find gasoline for their truck?

Provide motivation.
What reason do the characters have for doing the thing? Self-preservation and/or profit are often motivation enough. If you can personalize things, so much the better. If the goal personally resonates with one or more characters, the players will be working with you to motivate the rest of the party in game.

Have a ticking bomb.
How big of a time frame before badness happens? Inaction should result in failure. The zombies shall surround the town in two hours and you need to find two good tires. Go. The characters need to be sharks, constantly moving. Even if the movement may be insinuating themselves into a social event, action is action. Do they need to get out of the ball before midnight?  Do they need to find the prince before he engages the imposter? Can they prevent Pandora from opening the sealed urn?

Add some more bombs (or not).
Ideally, you’ll be able to have a series of ticking bombs. As one is defused, another is ready to explode. And it’s okay to have some explode. This keeps things lively and can naturally create tension. Tension creates action. Action results in good gameplay and less talking about the latest episode of whatever. The characters may be able to stop the fight in the hallway, but Carrie still gets doused with pig’s blood. Or vice versa. Either/or propositions allow characters to shine.

Create conflict.
What force is in opposition? Is it the weather? Is it a rival faction? Take something as simple as one gang wanting to get home and they must move through many rival territories to do so (essentially, the plot of The Warriors).

A Brief Aside
You can make the conflict within the party, but this is not recommended for convention games when you get many different styles of gamers or for one shots as you can get some people taking things to too many extremes and you don’t want the game to devolve into the group divided into stealth versus shotguns. While this may work for a number of games and there are exceptions, you are not trying to create the most unique snowflake in the world. If you’re wishing to create high art, don’t try to do it at the last minute. To underscore this point, don’t sketch something out on a cocktail napkin and pass it off as a Picasso.

Create obstacles.  These can be physical obstacles (enemies, adversaries, fences), emotional ones (dealing with an ex-lover), or ethical ones (save one versus save many or commit a violent act when a pacifist, and the like).

Provide victories (or the clear possibility for them).  Not everything should be doom and gloom. If there is no chance of success, why even bother? There can still be a finite point at the end of the tunnel, but this should not provide striving towards the escape hatch before the UNSTOPPABLE ALIEN EATS YOUR FACE.  If there is no chance of some sort of character growth and development, why not just start the adventure with everyone’s face melting and turn on a movie? It’d likely be more enjoyable.

Provide resolution. Put a fine point on things. This sounds contrary to some pieces I’ve written. Those pieces are largely about campaigns and horror. Resolution doesn’t mean resolve every point to everyone’s satisfaction, in any case. If the characters are aboard the Titanic, provide time for the ship to sink during your allotted time. This can mean pushing things along, but regaling the players with “how things went” or a narrative wrap up is not gaming, it’s storytelling, by yourself. Put lyrics to that and you can be Gordon Lightfoot. While Gordon Lightfoot is a mighty fine balladeer, you are not him. Put away your mandolin and manage things.

Listen to the players. Good ideas often emerge at the table.  Players can provide options and insights and new ways of looking at things you may not have considered. Incorporating some of their elements in subtle ways give them the satisfaction of a payoff for “figuring things out”, much as when you piece together clues when watching a show.

Putting it All Together.
Seriously, you can likely whip together an adventure faster than reading this article. It’s like me telling you how to tie your shoes takes longer than you tying your shoes. Let me give you an example (of adventure design, not shoe-tying which is likely a dying art form).

Additional Ticking Bombs: The town’s fortifications need bolstering. The garrison’s troops need to be called in from the field. The arrival of winter is imminent.

Conflict: The town counsel wants to complete the harvest before winter or their won’t be enough food stores. The farmers make up half the garrison. The general wants to impress children and the infirm into service. The hedge witch says offering a sacrifice up to the Moss God (in the wood) shall gain its favor.

Obstacles: The town is across a river and through a dark wood.  Winter storms. There is a monster roaming the woods that attacks the town every full moon.   (Additional ticking bomb: The full moon is in three days.)

Listening to the Players: One player might speculate. Why is the enemy in the area? Another. I wonder if it’s bandits or something? The GM decides the enemy forces are indeed an enemy patrol looking for a group of bandits who style themselves as freedom fighters, but are nothing more than common thugs. Bandits are introduced as a new obstacle and the enemy has a better reason for being offended at the town than simply being the nearest civilized place to raze.

Provide victories. Fortifying the town buys time for training up troops or completing the harvest. Appeasing the Moss God shall turn the monster in the wood into a temporary ally, reducing the enemy patrols’ strength.

Do All This With Style. Jot down a list of names you can tick off as you use them. The same with a list of traits. Shall the mayor have a slight limp or will the milkmaid warrior? And will the inn be the Brandyquick or is that the name of the horse trader?

Having these elements sketched out and at hand shall allow you to sketch out a scenario (with practice) in as little as ten minutes. If you have longer, you can illuminate details as needed. However, avoid setting anything in stone.