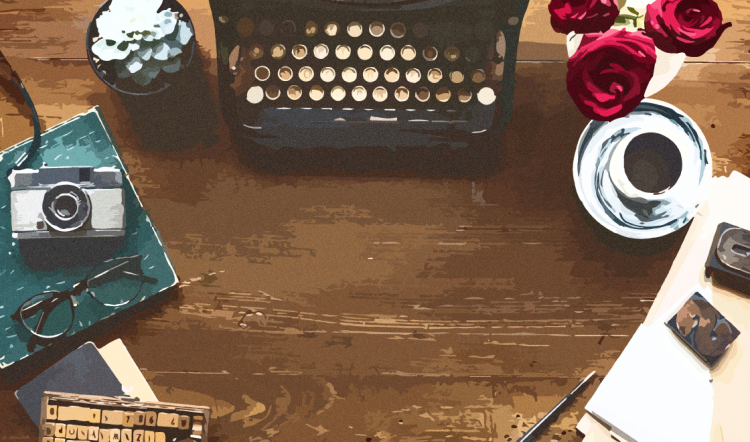 Grammar in the Digital Age

My media consumption includes streaming videos of varying quality. Some videos are watched for their content. Others for their style (and content). A few others are watched for their sheer entertainment value or the creator’s earnestness and/or originality. One important thing, regardless of content, is presentation and attention to detail (especially, if the channel revolves around facts or opinion). Okay, attention to detail is important.

I consider the size and age of the channel (and its creator) in my critique. At its base level, the barrier to entry is quite low: a microphone, a heartbeat, and a camera. This is not to debase the media, just to suggest nearly anyone can do it. For example, the barrier to writing is even lower, to reduce it down, you just need a pen and paper. You get the idea. A low barrier to entry doesn’t guarantee success. In fact, it might make the market even more congested. As I’ve seen it, in the video world, persistence pays.

I started paying attention to several categories of videos about five years ago and began tracking a handful. I followed the PUBG phenomenon and watched Ninja when he was an unknown (before he became the face of Fortnite). I recall the tragic loss of TotalBiscuit and watched the vacuum left behind his presence ripple across the channels. The beat goes on.

ALONG CAME A BLACKOUT

In the midst of my words, the power went out. Suddenly, I was sitting in the dark staring at metal and plastic realizing I had not yet saved my words. Any of you who have done this know the sinking feeling of losing words, rhythm, style, and structure to the ephemera. It’s not pleasant. Luckily, the carefully crafted code caught all. A shout out to all the coders out there!

A few rules and suggestions for those who diligently create digital downloads, e.g. video and the like.

Like a good suit, a good pair of sneakers, or a good haircut, good grammar never goes out of style. If you want to present yourself professionally to your audience, slang is all well and good, but you should not shy away from the use of proper conjugation. Case in point: there are video games news sites I have watched and quit watching because they cannot properly reconciles their subject verb agreement in a discussion of industry news.

Go back to the well. Don’t consider other video creators your source of good grammar, regardless of their popularity. Get a good book on the subject. Go to a website about grammar. Think about it. You likely have spent more time considering the proper microphone than conjugation or pronunciation.

Which brings me to my next topic, pronunciation. While not grammar, speaks to your consideration and/or attention to detail. If you are unsure of the pronunciation and you do off the cuff videos and choose to use a word, at least say you’re unsure of the pronunciation. There’s no sense spreading misinformation. If you mispronounce a word multiple times, I’ll likely click away from your videos. One word I hear wrong a lot is AZURE. Microsoft uses it as a brand name for its cloud computing services and it pops up regularly in the titles of some Japanese RPGs.

Returning to grammar, consider the use of the lowly adverb. For a long time, teachers have taught to excise them from your writing (both at the high school and college level). Some of the people who took that lesson to heart are writers of television shows. Again, you’re not going to the well, you’re not going to the source, if you use television shows for your direction. A lot of writing books also claim that only villains use big words or sound educated. Times change. Once upon a time, only nerds had computers too. Respect your audience. A word describing a verb is an adverb. The guns in VIDEO GAME Z handled bad is obviously wrong. The guns in video game Z handled extremely bad is wrong as well. The guns in VIDEO GAME Z handled extremely badly is correct.

You can present an argument that a number of channels ignore these suggestions. You’re absolutely right. Market factors can control the ebb and flow of demand. A personality can overcome a lot of obstacles until it runs into another personality. If you’re creating a cult of personality, you can get by with improper grammar. Just remember, if that’s your play, you’re contributing to the dumbing down of the world.

Learn to use good and well properly. If you’re doing good, you’re likely Superman or Mother Theresa. One is a fictional character. The other is a dead samaritan. In most cases, you’re doing well.  An inanimate object, on the other hand, is likely good, e.g. the egg drop soup is good. Although you can use good as an adverbial modifier to feeling, e.g. I’m feeling good, it’s rarely done. Too often, I hear people say they’re doing good when they’re not. They’re doing well and presently poorly.

An interesting observation is these same creators often use the word literally liberally, as though that is the only word ending in ly allowed to fall from their mouth(s).

I appreciate the creators of content in all its digitized forms. This is no throw down for ultimate dominance.

The war between books and movies was lost long ago. We all know which came out on top.

I’m not trying to parse spoken communication into abiding all grammatical rules (though I am). A better educated creator can proceed to discard and experiment and shape their style and improve their content through these suggestions. I’m selfish. I want better stuff.

P.S. A bonus egregiousness: AKA. AKA is an acronym for also known as. It is not a catchall for whatever you want it to be. Just because your friends are jumping off a bridge, should you?

P.P.S. That machine you use to craft stuff with (or to share what you did this morning) can also be used to learn more stuff. When in doubt, look up the word or phrase. If you’re creating off the cuff, look up a word or phrase during edits and/or review and/or jot a note down to check it for the future.