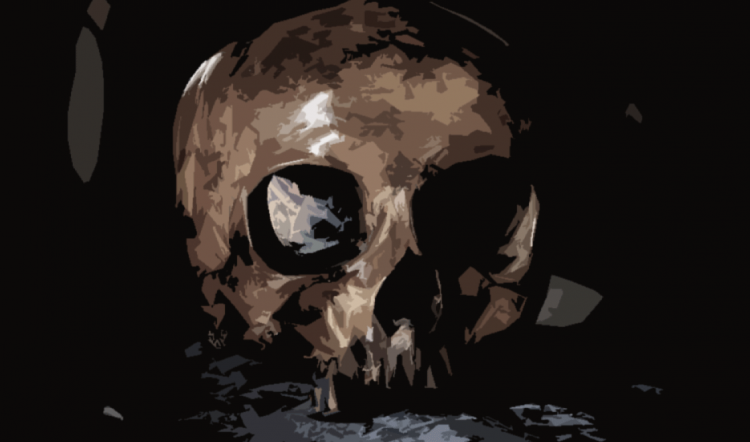 It’s been awhile and it will be a while yet until I’m back up to snuff. You see, while last year was difficult for all of us, in light of the global pandemic, for me and mine, it was a touch rougher than it was for many. Let me explain.

For the past number of years, I had been sick with an undiagnosed malady. The first part of last year, things came to head when I suffered untenable degrees of stomach pain and was no longer able to eat or drink anything without making the pain even worse. We went to the clinic, and were shuffled off to an empty wing of the facility (as I presented some COVID-19 symptoms) and tested for COVID-19. (The test was painful and, thankfully, negative.)  After an extended wait, I met with a nurse practitioner who promptly sent me to the the hospital (after wrongly guessing I likely had a fatty liver) where I sat alone in the Emergency Room for several hours (as local COVID policies denied loved ones from accompanying me). I was in exquisite pain and had blood work drawn and, after the nurses exchanged dark, secret looks with each other, I was admitted to the hospital (for the first of three extended visits).

Upon reflection, details get a bit tedious, so I’ll hit some of the high points. I was placed in a bed in the triage area of the hospital (a  large, common area divided by wrap around curtains to provide a modicum of privacy) and waited a long time before I was sent off to get scans which resulted in the diagnosis of a 7 centimeter growth in my stomach. They found a room for me swiftly.

I was sent to the ICU floor and placed into a small, private room where the next eleven days were filled with dread and numerous pokes and probes. You see, I was severely dehydrated, jaundiced, and all around not doing too well. After a handful of long, long days, it was determined I had cancer and the growth was just how it presented. They weren’t sure what kind. I sample had to be sent off for diagnosis. It was likely a very deadly lymphoma with a slim chance it was a rarer variation with a higher survivability rate. Things weren’t looking great, but I kept my faith as best I could. Seeing dozens of doctors a day, all hidden behind masks, and required to wear a mask myself, made the situation particularly untenable. You see, there were knots of doctors that came through daily to ask me a series of identical questions; there were surgeons and there were oncologists (cancer doctors) and the doctor on duty and various others, some of which whom came, I’m certain, out of pure curiosity. I was quite yellow from the jaundice caused by excess bilirubin in my body. The growth was blocking the intersection of my stomach, liver, and gallbladder and causing this issue. The bilirubin level in my body was thirty (30). In a normal person, its under one (1). They tried placing a shunt in twice, but the attempts didn’t work, so they ran a bypass tube along the right side of my torso between my ribs to drain the excess bilirubin into an external bag (which I had to have for two months until my bilirubin levels eventually returned to normal).

During this time, I kept copious notes in a journal, slept little, and kept loved ones informed. I felt the world shrinking on me in the small, dark room, and requested the door to my room be left open. The situation seemed more manageable, less claustrophobic after that. Luckily, I should note, my health outside of the sickness was great. Blood pressure, heart rate, and all that jazz were great because I had been maintaining a healthy lifestyle (with frequent exercise and proper nutrition and supplementation).

Ultimately, it was determined I had the rarer, more survivable, Lymphoma Type B. This could be treated with massive chemical cocktails, in other words, chemotherapy, but I wouldn’t be able to even begin treatment until my bilirubin levels fell below a certain threshold. It was too dangerous. Even when it reached the first threshold, I couldn’t take the complete cocktail, and reacted to it with extreme chills and nausea (not unheard of when dealing with such a potent regimen.  After I got out, I went to my oncologist quite frequently as I underwent chemo every three weeks for between six and eight hours a day. During this time, I lost all my hair, everywhere, and a good bit of muscle and general weight (not being able to really eat or drink much will do that to you).

After the first treatment, scans indicated the growth had shrunk by half. I responded well. However, something went wrong. I was home just a few days after my eleven day hospital stay and was wracked with horrible pain. I have a high pain threshold, but I was moaning and groaning uncontrollably. An ambulance was called. I didn’t protest. We had no idea what was wrong. The firemen managed to get me in the capable hands of some judicious nurses who sent me back to my same room in the ICU. I was checked out thoroughly. The problem was simple. That bilirubin tube (remember that?) got gummed up inside me and the bilirubin backed up and was poisoning me. I had to go under the knife again and the tube was replaced. With that taken care of, they kept me for about five days to make sure nothing went wrong again.

The rest of the year was filled with chemo and recovery periods in between where I laid in bed with varying degrees of pain. They don’t give you things for the pain. You just have to get along the best you can. My sleep was poor. The chemo fogged my brains, dulling my intellect, and I also suffered from blurriness of vision which ruled out any sort of reading, something I would normally do when laid up in bed in my youth. It should be noted, chemotherapy wrecks one’s immune system. It reduces it to nothing. Any cold or flu could prove fatal, let alone COVID. Despite being exceedingly careful, I came down with a fever, requiring another stay in the emergency room (my third and final visit to one) where I was placed upon antibiotics and antivirals for the duration.

Just after Thanksgiving, after getting my second bone biopsy and a PET Scan, my doctor gave us the good news. I was in FULL REMISSION. This was exceedingly good news as I didn’t know until well into the course of chemo that my cancer had presented at STAGE IV and it had worked its way into my bones. My family, my friends, my faith, and my otherwise good health, enabled me to persevere through an incredibly dark time in my life.

I’m in for a long recovery now. That’s what I’ve been doing. The strain the cancer and chemo put on my body was immense and it will likely take half of our current year for me to get back to normal. I’m still in bed a lot, but am doing some normal day to day activities, such as cooking and dishwashing, as I’m able. I fatigue pretty easily. I don’t have any of the reserves we’re all used to, but I do have an immune system once more. (My doctor said it’s about 90% of normal and if I did contract COVID, my otherwise good health would most assuredly shrug it off. Good news, indeed.)

My days have been restless, as I feel good, but have little energy. My memory is returning in fits and spurts. Its strange how the chemicals have affected it. As my blurred vision finally went away several weeks ago, allowing me to see clearly once more, I began reading in earnest to knock the cobwebs off and get my faculties back in fighting form. Each day I’m feeling more and more like my old self.

I wanted to share this at the end of last year/closer to the beginning of this year, but I lacked the energy and wherewithal to do so. Even as I finish these words, I’m certain I likely overdid it just a touch, but so it goes. Just wanted to let you all know that I’m still alive and kicking, though I shan’t really be active here or on social media until I’m more fully recovered.