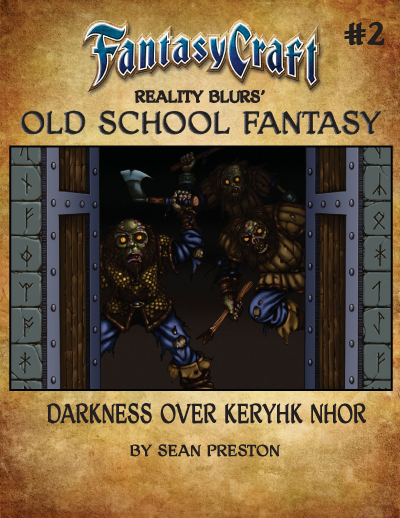 Nearly a century ago, the once great Dwarven Empire abandoned the Jagged Reaches when the mines collapsed and a majority of the miners were killed. Keryhk Nhor, the Great Western Hall and source of great pride to the Dwarven Empire, was sealed and has not been opened since. That is, until today. The question is two-fold: who was powerful enough to break the Seal of the Iron Mage and why?

Update: OSF#2 for Savage Worlds and Fantasy Craft is now available at DriveThruRPG.com!