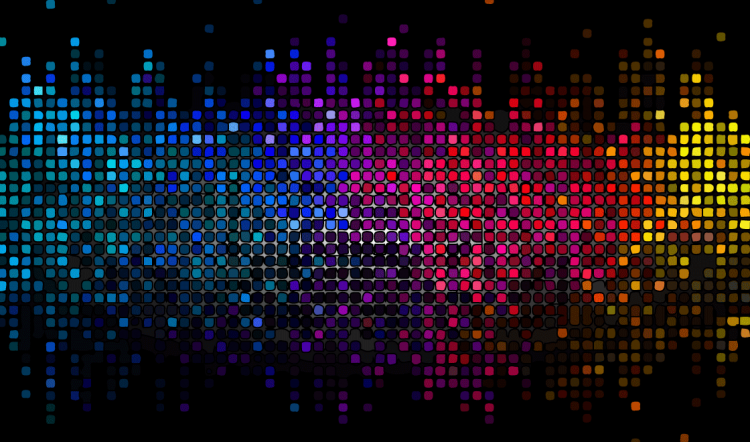 The Colors of Noise

There has been a barrage of noise from next door for well over a year now. Sounds of poorly (sometimes loudly) supervised construction that has been the bane of a quiet life. Street sounds are acceptable. (As one must accept what one cannot change.) Construction sounds should be temporary. One should not expect to hear beeping, back up vehicle sounds for eight hours or blaring music through your bathroom window through glass and brick and barriers that usually buffer sound.

I looked for other solutions. I rotated my sleep schedule so that I could work in the quieter parts of the night whilst the rest of the city sleeps. We bought some blackout curtains with sound absorption properties (which worked pretty well for that part of our place). That worked until a chainsaw rodeo began outside my bedroom window making sleep nigh on impossible. At this point, I thought I’d review advances in white noise technology and browsed through online videos finding that there were far more colors of noise than I was aware. (I own headphones and wear them on occasion, but typically prefer environmental awareness than sheer acoustical bliss. Additionally,  I can’t wear them when I sleep.)

There is brown noise and blue noise and rainfall and even red noise and combinations in-between. Brown noise reminds me of a road trip and is good for blocking out deeper sounding distractions, such as steady, professional  hammering. Blue noise sounds like air whipping past an airplane window, a soothing sound for catching the sound of conversation and works quite well for the dampening of steady noise. There is likely nothing outside the realm of heavy metal and/or headphones that shall block out chainsaws being used at random intervals, so I thought to embrace a bit of chaos theory. The most distracting distraction is when I hear a sudden sharp sound. It pulls me out of whatever I’m doing. I have keen hearing, so what you and I consider sharp and/or sudden may well vary. I have found rainfall and howling winds to work remarkably well when blanketed with blue or brown noise (depending on external, environmental factors) to drown it all out. A couple of televisions in the main room do the trick. I close off other doors, though I admit I have had the iPad in the bedroom running blue noise as well to dampen the sound.

This has restored some of my sanity. You might think this a bit extreme, but we already live on a heavily trafficked street and the extended renovation has frayed my nerves a bit. I’ll leave you with one example of people neither knowing or respecting barriers: one morning, whilst having a cup of coffee, I hear yelling right outside the front window. I know they’re working next door. (Believe me, they make no secret of that.) However, I looked out the window and I see a ruddy faced, bleary-eyed man with a reddish nose that suggested a possible penchant for overindulgence in certain drinks in our front yard, lounging against our wall beside our garbage cans smoking a large, cheap cigar yelling directions at his crew as though it was the most natural thing in the world. You might think this was afternoon or midday? Heavens forbid. This was about 8 a.m.

I went out and directed him to leave as politely as I could and it was obvious he gave absolutely zero <insert profanity here> about what I had to say. In fact, he muttered as I was walking off, so I did a one eighty and asked him if we had a problem with a tone that dropped any pretense of courtesy. He shook his head no. Bluff called. He shuffled back around to where he was. Please note, we’re not talking somebody just kinda standing at the edge of the fence by the sidewalk on the front yard, we’re talking come down the driveway kinda to the front side of the house (on your side of the brick wall) by where you keep your trashcans by the side of the house sort of familiarity. This wasn’t sorry, didn’t know I was in your yard to more of a Cartmanesque “I do what I want” mentality.

Hopefully, you’ll find something of use in all this should you find the noisome sounds of the outside world intruding upon your concentration. Of course, nothing beats the empty quiet of a soft, summer night, but we must find solace where we can.

a day in the life life hacks