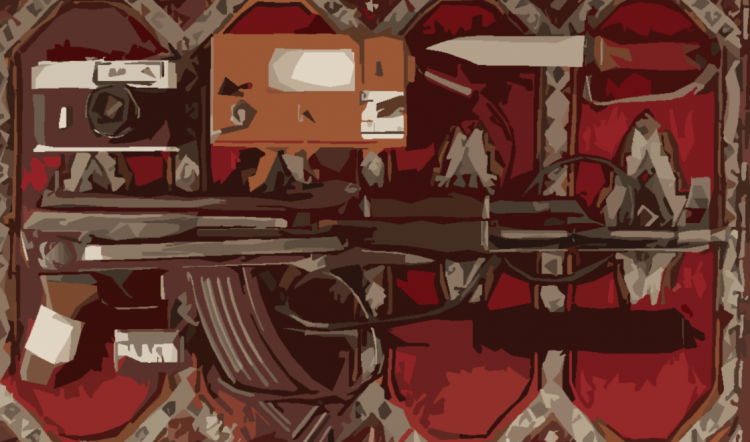 Today, we’re going to talk about something that’s been bothering me for awhile and that is the general coverage of video games. Rather than calling out the countless journalists and websites that prefer to use games as platforms to discuss social topics rather than discuss the games themselves, I’m going to talk about what game creators, publishers, and journalists should be doing. As The Rock said once upon a time, Know Your Role.

More than anything, games should entertain. That’s their primary purpose. Beyond that, they can get up to all kinds of mischief. If you want to be an art form, then treat them as an art form. Comedy is one of the oldest forms of art, but it’s not treated seriously. (If you doubt this, go see how many have won Academy Awards.) One of the main purposes of art is to provoke. This is what separates illustrations from art, though some illustrations can be art. Ultimately, art is as subjective as what separates weeds from flowers, it’s a matter of opinion, and often differs with the times. Over a period of time, however, certain elements become manifest as what is and isn’t art.

A game journalist should report on the game, not editorialize. If they are frustrated as a writer and seek more fulfilling outlets, they can craft a blog, write for any number of other outlets more in keeping with their vision, or go start their own thing. I’ve worked jobs that had no particular creative outlets. I did not try to superimpose my thoughts about imaginary worlds into spreadsheets, bits of code, or technical manuals. I did what I was paid to do. I used to read more game reviews than watch video game reviews, but that has changed. The number one reason is not that I didn’t like reading. I still do. In the main, I don’t need a lecture about why a game is doing something wrong or right. Tell me about the game. I’m not a football fan, but I am aware some football players have beaten their wives. I certainly don’t want some announcer suddenly giving me spousal abuse statistics while I’m watching a game. Games are escapism. If you’re job is to play and write about games, do so. Don’t color outside the lines in your discussion about the game. If your publication is down with you wandering all over the landscape, learn what hyperlinks are and use them, so people who want to learn what your feelings are about a given topic, be it gun violence amongst the Inuit or the scarcity of Pomeranians in the Australian Outback. Repeat, games are escapism. Learn to hyperlink.

Creators and publishers, design your game in a vacuum. Don’t make apologies or compromise your vision. The following quote is one to take to heart.

Never explain yourself. Your friends don’t need it and your enemies won’t believe it.

Sure, this is easier said than done. A lot of things in life are. What I’m saying is to work honestly. Don’t work towards an agenda beyond entertainment. Can you inform, enlighten, or educate along the way? Sure. (Just keep in mind how many games that set out purely to educate are, in no uncertain terms, often quite bad.) Give the project what it needs. The sincerity shines through between what is given it’s due and what is done with compromise. Be aware of the world around you and let it inform your work when and how it needs to. (Talking about your work is a lot easier once it is done. (By done, I mean beyond the preliminary idea phase. A skeleton, a draft, something made manifest gives you a jumping off point to progress. In essence, get beyond the idea phase before discussing a thing with all but your closest confidantes.) You can then inform and educate and even refine. Keep in mind, a camel is a horse designed by a committee. If you want your horse to remain a horse, make sure you’ve made your horse before you show it off.)

The world is not a pretty place. You don’t get an instruction manual. You don’t get ear muffs. You don’t get antiseptic and bubble wrap. You fall down. You bleed. You hurt people. They hurt you. You live. You learn. You gain. You lose. You expand your mind with books and pixels flickering across a screen. You escape your reality and step into the shoes of another for just a bit, to live a life never lived, to escape yourself for a time, and bond with friends, old and new. Gaming is a wondrous, beautiful thing. Don’t you forget it.