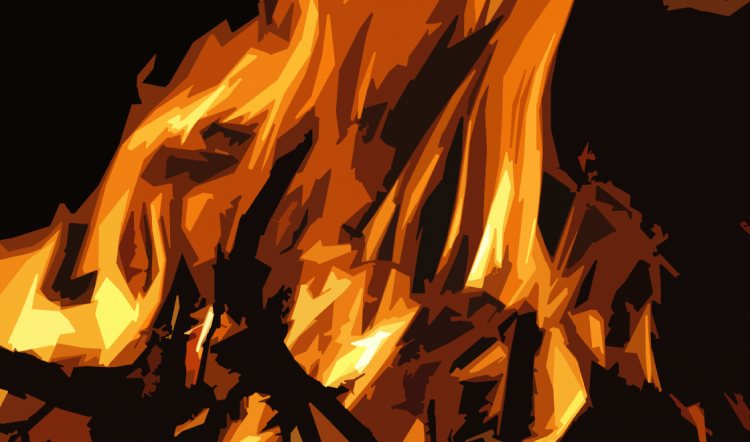 Creative sparks often give birth to ideas. Whether they flounder or grow into a fire depends upon your receptivity, state of mind, and your ability to filter and preserve them properly.

I have long been a voracious reader. Fiction, non-fiction, articles, essays, poetry and periodicals, if I am left to my own devices, I shall invariably be reading something to fill those idle moments I am neither writing, thinking about world-building and/or game mechanics, and/or gaming. Before I wrote, I naturally wanted to be a writer. As such, I taught myself to type on a manual typewriter, and assiduously paid attention to grammatical rules (for one cannot (should not) venture into realms of artistic endeavor without knowing the fundamentals of their given craft (and, thus, learning when and how to break the rules for particular effect).

As I grew older, I read numerous books on how to write from the mechanical to the practical to the most erudite. I took what I needed to take from them and moved forward. In my estimation, you can learn as much (if not more) from a poorly structured work as a good work. One cannot be sustained on a diet of dirt, however, so you must learn critical thinking along the way. Experience is frequently the best teacher (that often must be paid in time).

This became a self-reflective ramble, so mote it be. Things happen for a reason and everything is connected for those that can see.

One work in particular discussed using filters to separate good ideas from bad. One basic filter is simply sleeping on an idea. If you cannot remember it the next day, it was likely not particular good (or could likely be influenced by something you’ve seen, read, or heard somewhen). This is a good filter, especially for those with strong memories. If the next day you cannot recall that terrific idea right away, was it really that terrific? This idea can work if you’re not bombarded (like most of us) with many distractions, otherwise, you should consider my refined take on this particular filter for the modern age.

Write it down. You own a phone don’t you? Somewhere buried in there is, at the very least, a basic note taking application. I prefer using one that syncs with my computer to keep all writing data at my fingertips at any given time. In fact, I often do a lot of writing away from my computer on other devices, either thumbing away or connecting a wireless keyboard and sitting at the dining room table for a change of venue. The portable stand for the Switch works especially well as a holder for my phone in landscape position. I have even experimented with using the Steamlink to mirror my computer from another room, but it lacks that immediacy of picking up the phone and keyboard.

Now, after you’ve written your idea down, let it ruminate for a few days. You can excitedly share it with your significant other if you want on a base level, but don’t talk it out. While it can be fun to talk about whatever your cool new idea may be, you can exhaust your passion, your fire, too early on, unless your passion for a particular topic runs deep and then its likely (veritably) inexhaustible. I’ve a deep appreciation for horror (be it cosmic or otherwise) and fantasy and science fiction (of nearly every stripe) since a young age and was originally exposed to Lovecraft many moons ago. Going beyond him as a marker, I read many of his contemporaries in the pulps my brothers used to collect. Still a particular idea is a particular idea.

Revisit the idea. Now, put on your critical hat. You have something tangible now. You can look at this thing and decide if it’s any good or not. It’s human nature to evaluate things. Is this burger done enough? Is this coffee cold? Should I wear a jacket? Does [pop culture thing] deliver to me [and/or some imaginary demographic] or is it a [retread/lame/sell-out]? Opinions are okay to have. Now apply your critical eye to your own concept, idea, whatever? Does it have potential enough for you to nurture from acorn to oak tree? For you to love the concept? You’re going to be spending some time with this concept, so bear that in mind.

Love the concept. You must be passionate about this thing, whatever it may be. You are going to be spending a goodly amount of time with it, and if you don’t care it is going to show. This doesn’t matter whether you are a one man band or running a company with hundreds of subordinates. The project manager, the crafters, and the creators must have an energy, a love, a drive that can permeate and propel the work forward. Money and talent and sheer volume of staff is no substitute for love which translates to focus. This is why so many video games with big budgets are lackluster. Companies are cranking out projects. Companies are chasing trends. Companies are chasing the dollar.

Love is not enough. While a passion for a particular topic or time period or region may certainly aid in the development of a project, it can cause it to fall a bit short. Experience can be the difference between good and very good. I’m looking at Assassin’s Creed: Origins here versus Assassin’s Creed: Odyssey. The first team had a new project manager and was untested while the second team had developed AC: Syndicate. Odyssey also benefitted from coming out subsequent to the first, so I’m certain refinements were likely introduced as it had a longer developmental cycle. Combat especially was improved upon, for example.

Refine and define. The design team of Destiny 2 said making games is hard. Had I been drinking milk at the moment I heard this, I’m certain some would have sprayed out of my nose. Life is hard. Work is hard. This is why they pay you to go to your job and they don’t pay you to go to a nightclub or coffee shop. (Hint: those things are likely things you want to do with that money you earned from that hard thing.) Nothing good comes easy. This is why a small design team can outdo a big design team.

Let’s take your imaginary kernel of an idea: imaginary monsters battle each other the RPG. You let it sit for a few days and go, okay cool. It is sticking. Next, you refine it and decide it’s like Foster’s Home for Imaginary Friends meets Pokemon. A bit more high concept. Now, that’s something you can define and refine and make your own. Since I tend to darken things I touch, let’s add a Gorey element into it.

You and the other players begin play as siblings. You are all dead. Decide who died in what order. The upside of being dead is you can now see the imaginary monsters that inhabit the Grey (Limbo) where you now find yourself. You can command certain of the beasts depending upon how you died and use these pets to fight your way through the land and back from death. Rather than make this a battle royale type of experience, you opt to make this a definitively cooperative game wherein the players work towards overcoming opposing teams  (akin to the various guilds found Fairy Tale). You can establish this in the lore as pets cannot attack those of the same bloodline. This presents a concept which could move through the development loop. Something I like to do after I hammer down a concrete synopsis is to create a title and a mockup cover that I can use to help visualize the end result to get pumped up and for those times when motivation flags. For this example, I think A is for Afterlife is a suitable title (and is suggestive of Gorey).

For long time readers of the site, you may have heard some of these things before, but you never step into the same stream twice. You have changed and I have changed since the last words/essays/rambles were written and now, unless you believe time itself is an illusion and all moments are happening now. Your science (and ideologies) may vary. I have read some books multiple times and watched some movies countless times and even shows, gleaning deeper appreciations from them or deconstructing them to further my understanding of things. There is nuance to be found through repetition. Is it better to read a good work twice or watch two mediocre things? I’ll leave that to you decide.