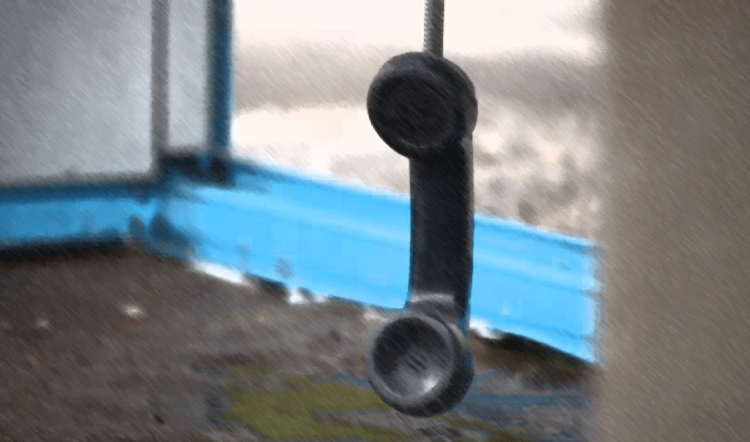 It’s Been One Week

Last Monday, I asked myself a question. Was I prepared to integrate additional, public-facing writing back into the schedule? It would seem the answer is yes. My zeal arose (to such an extent) that I considered just rushing through every day in the month of May contentedly posting. This was decided not to be. Weekends, at present, shall be kept somewhat sacrosanct. If I have something of particular interest bubbling up that I cannot contain, I shall endeavor to share it right away. (I cannot presently envision what that might be, but one never knows.)

Drop a dime. Spread the word. Share a link. Whatever.

Now, regarding that first phrase, I wonder how many folks even remember pay phones anymore. A pay phone is a relic of the last age. They are cultural remnants largely trapped in the pixels of The Matrix movies. They are/were? an elegant form of communication from a more civilized age. When is the last time you saw one?

To many tethered to their technology, the act of being anonymous is abstract. The fact a thin piece of metal shoved into a fat box of metal to make a dial tone manifest seems the strangest of all rituals. When is the last time you held a thin sliver of a dime between your fingers?

If you’re a cinephile, you may have seen a payphone somewhere in the old movies. The act of dropping a dime was tipping people off (generally by making a surreptitious phone call on a payphone). The payphone is the very symbol of privacy and has long been wrapped up in the anonymous fringe, while decent folks got home phones (what we now quaintly call land lines) and beepers rose (and ensuing codes) allowed for people to set up meets likely relating to sketchy things. The Wire, arguably among the best television series of all times, is a fascinating study of crimes and wiretapping and the anonymity of pay phones. Today, that long running series could be over in a three-part arc where crime is suspected, cell phone logs are dumped of suspects, and then the exciting denouement where it is determined whether the warrant to obtain the logs was legally obtained or the criminals are given their just desserts.

In conclusion, when you think of a turn of phrase, an expression, a word, it is always interesting to trace it back through the past to discover its roots, how the words were used in a simple act of communication, and how they freeze a place in time often better than a photograph, as some words and phrases transcend the ages (or even works) in which they first appeared. So it goes.