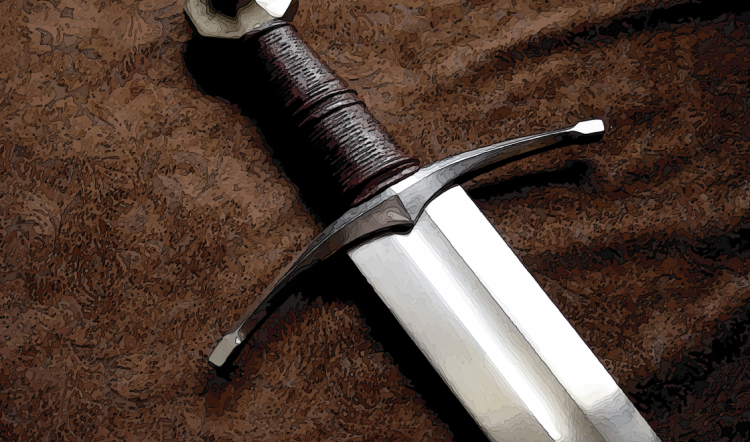 We previously discussed horror adventures in Karthador and the types of heroes that face those horrors.  Now let’s take a closer look at what goes into creating a hero who would claim the title “monster hunter.”

I think it was Nietzsche who said, “Whoever fights monsters should have at least a d6 in Fighting, Shooting, and possibly Stealth, though d8 is better if you can afford it.”

That’s true, but a monster-hunting hero might look into a few other skills beyond those as well. For example:

Investigation: So you’ve found that the creature hunts only at night, leaves a slime trail, and might have scales. Does this sound familiar to anyone? Head to the library and make some Investigation rolls to find out!

Knowledge: This is especially useful when you need to fight fire with fire. Specifically, you can use Knowledge (Crystal Machines) to figure out what that mad scientist is up to, Knowledge (Psionics) to determine which psionic power is being used, or countless other variations to investigate the adventure’s horrors.

Notice: Not only does Notice help you avoid ambushes, it also helps you find clues. And when you’re digging into the unknown, clues are more valuable than gold (or Imperial Crowns, which is the official currency of Karthador).

Persuasion: Another great skill for collecting clues, Persuasion lets you get information from that freaked out witness or the bureaucrat who knows too much. The skill might also come in handy if the villain turns out to be willing to negotiate a surrender.

Again, every combat Edge has its place in the monster-hunter’s repertoire. (And Karthador has quite few excellent combat Edges above and beyond those found in the core book.) But beyond those Edges, you should also look into:

Alertness: If having Notice is good for picking up clues, getting a +2 on that Notice roll is even better!

Arcane Resistance: When you’re going up against psionicists, weird scientists, and other strangeness, it might be useful to be resistant to the effects of such things.

Brave: Some war-mutants cause Fear tests because they’re so horrible to look at. Sometimes the aftermath of a monstrous attack can cause a Fear test just from its shocking nature. But if you’re Brave, you get a +2 on those Tests, and are more likely to take it all in stride.

Charismatic: For the social investigator who specializes in talking to witnesses, victims, and suspects who may or may not be the beating heart of the horror adventure, this Edge makes every conversation a little bit easier.

Crystal Machinist: When dissecting a dangerous device unleashed by a mad scientist or studying an arcane artifact left by the Ancients, the Crystal Machinist Edge gives you a bonus to understanding what the thing does and how it’s going to ruin your life.

Innate Power: Sometimes the best defense against the strange powers of unknown enemies is a strange power of your own.

Investigator: If you’re rocking the Investigator Edge, chances are “monster-hunter” isn’t just a hobby; it’s your day job—and you’re a highly valued member of the team.

Scholar: A little Knowledge goes a long way if you have the Scholar Edge.

This isn’t an exhaustive list, of course. But if you want to play a horror-oriented Karthador campaign, you might want to make sure you’ve got some of these Skills and Edges in the party so you don’t end up the monster’s next victims.