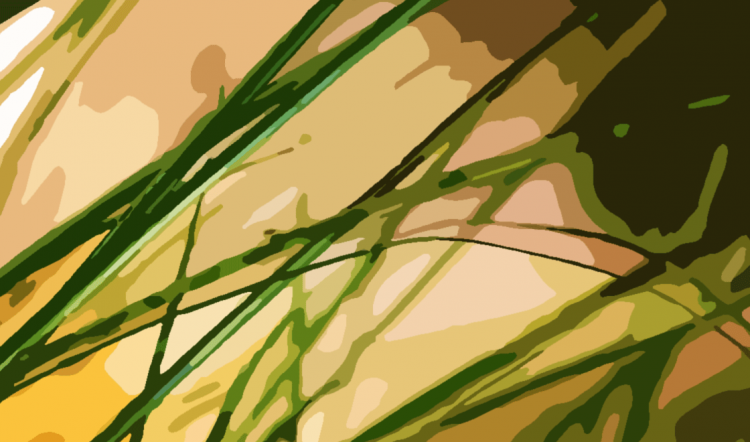 How’s it going? Today, we’re going to talk about framing up your scenes. Let’s go.

Perspective is important. In life, in writing, in gaming.

We’ve discussed the five (plus) senses in the past, but none is more important than the visual. You are your audience’s eyes. Nearly every exchange begins with what your audience sees (unless, it’s a night scene, and then sound comes to the fore).

How you present what they see is as important as what they see. This is where we get into eyelines. Eyelines detail the presentation of imformation; they are not simpley perspective or point-of-view, but also the angle as well. You’ll note these have their roots in literature and cinema, though are altered for our purposes. We do not wield a camera to shift and zoom; we must use words to acheive a similar emotional strength and resonance.

Bird’s Eye View: A view from above, often directly above.
Close On: Really draw attention to a particular element of note.
Continuous: Move from one scene to another happening right after sequentially.
Dissolve To: Alternate way to shift from one scene to another.
Freeze Frame: Pause the action to delve into insights and/or player choice or to cut to another simultaneous scene elsewhere.
High Angle: Present things from a persepective to suggest smallness, innocence, and/or harmlessness or hopelessness.
Into View: Present one or more elements to the characters, generally used to introduce a new scene or interrupt present scene, especially when travelling.
Jump Cut: Immediately cut from one scene to another with a JUMP in time. Intermediate time is not addressed.
Low Angle: Present the audience with suggestive detail to create a larger than life (upwards looking) elements, features, and the like. Often exaggerated for effect.
Smash Cut: A sharp transition, often to convey strong and/or quick emotional shift.
Worm’s Eye View: A view of an object from below; the opposite of a bird’s eye view; often used to suggest great size or imbue powerlessness; similar to a low angle, but more extreme.
Zoom: Bring attention to a key element, especially an item they have long been searching for which would catch their immediate eye.

Remember, sometimes we must blur reality to get to the truth of things. If you use some of these terms or, at the very least, consider them when presenting information during your storytelling sessions, you can sharpen your narrative and presentation skills and make your games more powerful and entertaining for all. If you can elevate your game, you’ll find your players will often rise to the challenge. Sure, a few may make fun of the idea at first, just as they might when you insist that they stay in character at the table, but you’ll find they’ll generally fall in line and ultimately thank you for it.