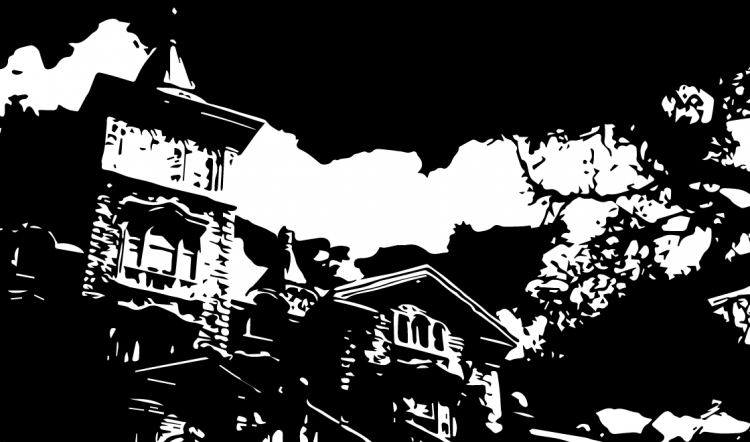 House of a Billion Bloodcurdling Screams

My first experience with a horror game was when I was catapulted into the realm of bowel-shattering terror by the 1995 Sierra On-Line survival horror game Phantasmagoria.

Sure there are other horror games, from tabletop RPGs like Chill, Rippers and Call of Cthulhu, to video games like Silent Hill and Resident Evil (and games based on established properties such as Evil Dead, Friday the 13th, and A Nightmare on Elm Street lurk in the shadows), but they weren’t THE ONE. That shall always be Phantasmagoria.

Phantasmagoria is a PC CD-ROM game from an era where cinematic games were the latest novelty. At the time, the game was groundbreaking, consisting of professional actors, rendered backgrounds, and dialog which changed depending on your character’s actions. More akin to an interactive movie than a game, the goal was simple: stay alive while investigating why a malevolent entity haunts your newly purchased house.

The game’s strength relied on its atmospheric music, disturbing backstory and odd characters. Designer Roberta Williams pushed the envelope and it shows. The gore, violence and utter helplessness of Adrienne, the game’s protagonist, are keenly felt. What Phantasmagoria did well is what all interactive entertainment should do; thrust you into a character’s skin and watch you squirm. Phantasmagoria packs a visceral punch, an overwhelming sense of futility and confusion at the murderous hands of a supernatural villain.

Playing this game, I saw and felt Adrienne’s anxiety and fear as her investigation progressed. When the heroine escapes the mansion wearing a traumatized stare, you know she’s irrevocably broken. If Adrienne doesn’t survive until the game’s ending, you can watch her brutally ripped apart in a gory splatterfest.

Maybe it was the macabre design of the manor house, the ambient instrumental soundtrack or the almost Lovecraftian plot of a magician possessed by a demon he summoned, but Phantasmagoria lingered with me.

Horror games should be immersive and jangle the player’s nerves. During one scene, where an incidental character jumps out and startles Adrienne, I also bolted from my seat.

Other horror games I’ve fallen prey to include Pinnacle’s Deadlands and Chaosium’s Call of Cthluhu. Both are extremely different in tone and theme, and offer various horror styles for players, from investigating mysteries, to delving into the occult, and full-on survival mode.

Deadlands: The Weird West is a Western-themed horror RPG blending zombies and supernatural creatures in an alternate American Old West. Players are members of a posse investigating horrors left by an event called The Reckoning, where the dead literally rose from their graves. An eldritch wave of supernatural energy rippled through the world, and your heroes use their six-shooters, magic, and steampunk technology to battle creatures savaging the landscape.

Call of Cthulhu is an RPG based on H.P. Lovecraft’s Mythos and pits players against malevolent godlike beings ready to squash them like grapes. Compared to a typical slasher film where at least one cheerleader or nerd is spared the ax-wielding maniac’s killing spree, in Call of Cthulhu, there is no escape. Everyone either dies or is driven insane. Against Lovecraft’s Mythos, we’re all fish food, insignificant to halt the Great Old Ones’ cosmic designs. Players could put a dent in these plans and uncover hidden knowledge, but it’s always at a steep price.

Executed perfectly, horror games should pit players against the unknown, whether it’s a supernatural creature or their own darkest fears. Horror games allow players to explore unnerving scenarios and face their demons, sometimes literally. Good horror games take something benign and harmless, corrupt it, and sits back to sadistically watch the players sweat. Will fight or flight kick in, or will the players go stark raving mad as slimy tentacles from a formless hulking thing close in?

Phantasmagoria might be a footnote in videogame history, forgotten today as an antiquated relic, but it did start me on my journey down the bizarre road of horror games.

Many others – both videogames and RPGs – followed, such as Left 4 Dead, Dead Rising, The Lurking Horror, Call of Cthulhu: Dark Corners of the Earth, East Texas University, Realms of Cthulhu, tremulus, and All Flesh Must Be Eaten.

From these came fear-induced paranoia and insomnia as the horrors of the game table bled into the night.