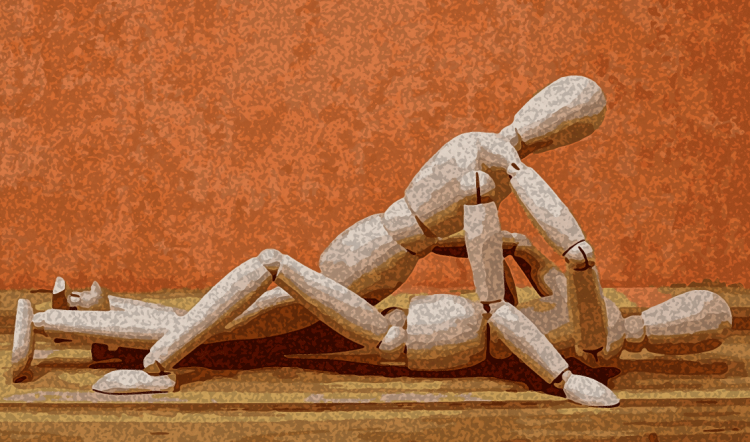 Generally, I run these words past someone before releasing them into the wild. Sometimes, I don’t. This is one of those latter times. You’ll either find in exceedingly interesting or dry as bones. I doubt there’ll be any middle ground. So it goes.

These thoughts are well considered, nonetheless, and are likely in the why you visit this section of the site.

Today, we’re talking the philosophy of design, the science of semantics, and just a touch of art versus commerce.

Let’s start with the very design of this site. We could be plastering the front of it with ads and all that sort of thing, certainly. Personally, that’s not our style. Definitely, not my style. We’ve turned down a lot of offers over the years that would’ve been lucrative, but would’ve damaged the aesthetic of the design, would’ve twisted the art into commerce. Companies, all types of companies, may run themselves how they will. Â People know where they want to go. The icon in the upper left corner makes it easy for those who don’t. People can bookmark the individual sections. We provide information on the section(s) to make the site easy to navigate. We don’t force people to come to the front page, but we appreciate those who do.

It’s not necessary for us to even write these posts. We’ve been around long enough for people to know us, people to find us, and people to patronize our shop. We appreciate all of you. My absence wasn’t intended as a grand experiment, but it certainly provided data we wouldn’t have gathered otherwise. If you’re running a business, take every loss and win as an opportunity to learn something, so you can make better decisions moving forward, otherwise nothing was gained.

That’s not a signal that they’re going to cease. I enjoy writing them, even when I may scratch my head bleary-eyed in the morning and must tell my bones not to groan. Once I’m at the keyboard, all that fades away. The fingers dance across the keys. The world fades away. I make music in my mind.

My mother played the organ beautifully. We had a fine one in our house. My older brother had an aptitude. I did not. We both took lessons. He wanted to play more and became quite good. I did not. He practiced. I found practice painful. My fingers did not agree with the keys. They growled at me. Only when I got an old typewriter and placed my fingers upon those keys did my fingers finally feel at home.

This passion paralleled my interest in roleplaying games which blossomed prior to writing, even prior to reading. (My brothers played the original game and I kind of shuffled around when they did with more than a passing interest.)

I had a practical imagination. I knew not how movies or games were made–those were magic to me. Stories, books, I could understand, though I was so wrapped up in the mechanical at first, that I scarcely gave my imagination room to breathe. In a family where perfection was expected, to misspell a word or fracture sentence structure was sacrilege. (My bolic is a bit hyper there, but you get the idea.) While you might expect this to stunt your growth, the fundamentals make you a better writer, give you a broader spectrum of tools at your disposal. There is no morality, no judgement in the creation of art. There is only art. There are only brushstrokes upon a canvas, pixels on a screen, ink on the printed page. Judgement comes once it is loosed into the real world.

A roleplaying game transcends itself. It is completely self-referential. It is a manual of a mythic land, a fantastical guidebook for imagineers. It is a set of rules that requires clarity above all. (Fine clarity can be a style and is as common as common sense, which is to say not at all.) So it goes.

A storytelling game is much the same. You still take on a role, be it warrior or wizard or rakish rogue, yet the focus shifts more towards a story, towards a goal.

In roleplaying, the role you play is the end, in storytelling games, the role you play is the means to the end. It is the whetstone upon which you sharpen your roleplaying skills. In storytelling games, there are the same rules, mechanics, and such as you’d find in a roleplaying game, but the emphasis is different, the pressure is lessoned when you have a goal in mind. When someone tells you to share something about yourself at a dinner party, it’s usually more awkward than one asks you to tell everyone about the time you left your laptop in a taxi. The former asks you to bring a random slice of you to the fore, the latter gives you a context in which you’ll reveal yourself in the process. You may think this is semantics. It certainly is. You may say it’s simple and just a few words difference. That’s true too. Yet, saying someone believes the earth is round or the earth is flat contextualizes your opinion of them as well. Words matter. Sometimes the small ones more than the big ones.

From the outset, I’ve always talked about how I believe in story forward design. I still do. A set of rules related to its world, just makes sense. Placing characters as the most important things is great. Providing a world, a place for them to have context is just as important.

Gamers want their characters to have context and relevance as well. There are pros and cons to a sandbox versus a more structured environment. If you provide roles and rules, there is structure even in the biggest sandbox. The roles can even by loosely (or ill)  defined: you’re vagrants trying to survive another day in the irradiated low country. That’s something, albeit not much. Providing roles help to get people going.

In all my many years of gaming, one of the biggest questions I’ve heard asked (and have asked myself), is what kind of campaign is this going to be and/or will being an X completely suck? If the GM cannot answer, or gives a poorly defined answer, they are either being cagey or have no idea. If they have no idea, your hacker may be bored out of their skull if it’s a bullet party with no tech for you to crack. Alternatively, it can be worse to be allowed to play a wizard and every kobold is wearing an anti-Magic Missile necklace that runs out of charges after you defeat them. (Yeah, that was something that happened to yours truly.)

You can bring storytelling to your roleplaying game by provide guidance and guidelines to your games on what types of characters may be suitable for a particular thing. This is how and why flexibility was baked into the loadout sequence in Agents of Oblivion. This is ultimately why I try to create flexibility and possibility spaces to everything we do.

A roleplaying game is not bad at all. I’ve enjoyed many roleplaying sessions. You can easily argue that the original Amber diceless RPG was one of the purest roleplaying experiences I’ve ever experienced (and one of my favorite campaigns to have run). It was consistently that good. Of course, this depends heavily upon the strength of your cast, your fellow gamers.

Alternatively, I’ve found storytelling games easily grokked by all types of experience levels. People all experience stories. They all know what stories are. Everyone has played make believe at some point in their life (whether it was as a kid or on a date or on the clock or with a customer). You know this to be true. Providing them a definite goal allows them to relax and think about how their particular character is going to address the issue at hand. A plumber is going to deal with threats to his kingdom differently than a super man.