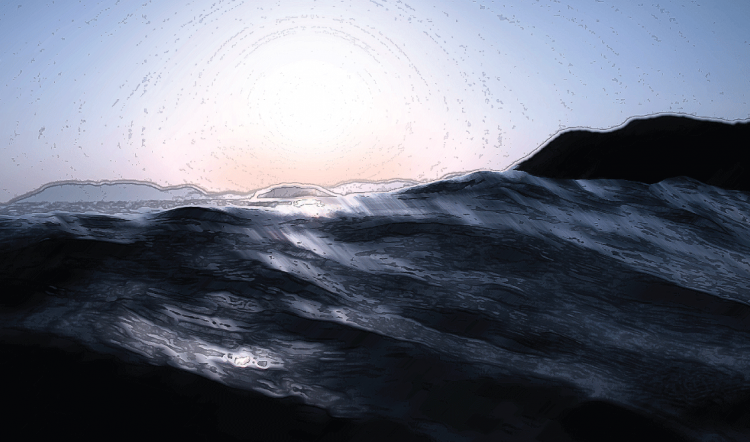 Adrift in an Unknown Sea

With tremulus written, we needed to put together a KS project plan. There was no guidebook, no how-to guides, only our instincts, and a limited dataset to examine.

This is the second part of an ongoing series. Missed part I? Check it out.

Though we’d been publishing a good while, we had no idea if people would be interested in the concept or the system or the combination of the two. Having written the well received Realms of Cthulhu for Savage Worlds, I knew how to handle Lovecraftian materials. My conversance with the source and supplemental materials gave me confidence to take another foray into the darkness. Prior to the release of Realms of Cthulhu, the internet was full of naysayers saying the system wouldn’t be a good combination. Afterwords, people (sometimes the same ones) stated it was a natural fit as HPL was a pulp writer, etc.

I had no intent of tremulus occupying the same space as RoC or Call of Cthulhu or other systems out there. I thought there was a space for smaller stories, (as touched upon previously), thus the creation of Ebon Eaves.

As I wanted this game to be something anyone could sit down and play right away, Ebon Eaves proved to be an essential solution. A mystery may be a mystery, but it needs context, a home, and thus Ebon Eaves was born.

Ebon Eaves was to be a small town easily placed any where, any when.  Since hearing about the city creation in The Dresden Files (before the game’s release), I pondered how I would approach the subject and sketched out some general ideas, some general questions that I revisited to see if any of the concepts might be applicable to Ebon Eaves. They largely were. I created provocative questions, tough questions, that would be drenched with possibility and adventure. This particular part of creating a playset is more time consuming than it might appear as it needs to be both focused and broad with the absence or presence of any ingredient having an impact on the composition of the setting. A false start could result in pursuing a lot of false paths and hitting dead ends. Care must be taken to avoid overlap. Finally, consideration must be given that the interplay from each set of questions provides results that interact reasonably well with each other. This provides both an A and B thread for the Keeper to work with, some guidelines for play.

I debated about its inclusion in tremulus with the team and finally was persuaded it needed to be in the core book. The team was right and I saw the truth of their words through playtests.  And playtests were abundant.

With what was to be in the core book settled, we turned our attention to stretch goals. I followed Kickstarters for about a year, drawing my own conclusions about what was successful and what was not before we launched ours.

We wanted to keep things simple. We wanted intriguing stretch goals that made sense for the game. We succeeded to varying degrees.

We’ll pick up with how we put together stretch goals next time.

This is the second part of an ongoing series. The first part is here.