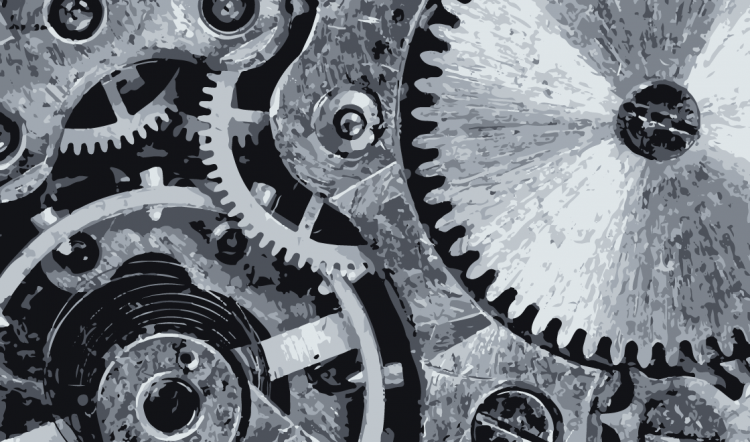 Today, we turn our attention to creating a good villain for your roleplaying game(s), regardless of genre.

What happens without, happens within and vice versa. We effect our environment. Our environment effects us. In the realms of fiction and roleplaying, there is an oroboros effect, a ripple that cascades out and withdraws back in, the wyrm forever chasing its own tail even as it devours itself. A symbol of eternity or futility or both or the struggle of man against his very nature? A suggestion that success can lead to destruction? Certainly all answers are possible permutations in an infinite spectrum of realities.

Let’s ground ourselves a bit more and make things a bit personal for you, the reader. Traditionally, the character and the player are written about separately, but if you’re reading these words, I propose you have the mental acumen to tell the difference between fact and fiction, so I’ll be removing that layer between character and player and merging the two. In other words, please understand, for the purpose of this discourse, the player is the character (essentially what happens in high level roleplaying and really good acting).

An adversary can be anyone (or anything, actually) that is at conflict against the player. It can be as simple as someone driving slowly in front of you as you rush across town for a meeting. It can be nature. It’s pouring down rain making driving at high speeds dangerous and more difficult. It can be technology. You’re catching every light. How is this even possible? It can be the faceless corporation you work for letting you know the meeting that was scheduled for tomorrow is taking place across town in fifteen minutes. It can be the faceless potential client you’re meeting who happens to be a stickler about punctuality. If you’re late, you’ve lost the battle before it’s begun. The list goes on, but none of these things rise to the level of villain, now do they?

Unless you can piece them together as part of some puzzle, place a mastermind behind it all, and it takes on a more sinister, dare we say, villainous aspect? Imagine there is an old rival of yours from another company who happens to be nudging circumstances so things pile up against you. He called in some old favors and got his meeting moved until tomorrow (when the weather is supposed to be nice) and suggested he meets with you instead (out of the kindness of his heart).

A villain that can be simply punched out is no good. There needs to be cogs in the wheel. There needs to be dominoes that shall tumble whether they are out of the picture or not. There always needs to be another villain. How else can we know you, our protagonist, is the hero? Certainly, adversity is the only way. In fiction and roleplaying, adversity most often comes in the barrel of a gun, a threat against humanity, a threat against you and yours and the world you love in some way shape or form.

A clearcut villain or surface villain is always good at first. A sacrificial lamb to place upon the altar to whet your players’ appetite for blood, to call them to action. Without action, you may have an excellent roleplaying session, but it can often diminish the sense of forward momentum. Of course, I’m not saying every session must fully embrace mayhem, but a balance must be found, a balance which works for your group. Being able to put a name and face to the problem often helps channeling frustration and fears. Existential threats made manifest can be bludgeoned into submission and tidily driven away, much as a nightlight can stave off monsters. Societal talismans which shows light conquering dark enabling us al to sleep better at night.

The surface villain is never the true villain. The Wall Street wolf could well be in the pocket of a third world dictator due to past indiscretions. The third world dictator could be beholden to some tech firm nestled away in Silicon Valley. The tech guru running the big tech firm could be totally manipulated by his girlfriend who is a secret nihilist wanting to see the Western world burn and relishes whispering in his ear, causing chaos by degrees. So it goes. A villain doesn’t ever have to lift a finger directly against a character to throw a wrench into the works and wreck his daily life.

When next creating a villain, tie some obstacles together as mundane as the one’s suggest above and put them together, but most importantly of all, give them a motive, a reason. By doing so, we’ve created a compass knowing how a villain will act and react in a given situation giving your sessions, be they high fantasy or gritty street drama, more gravitas via an internal logic that’ll make your playtime sing.

1 Note on “The Oroboros Effect”